You Don't Own You 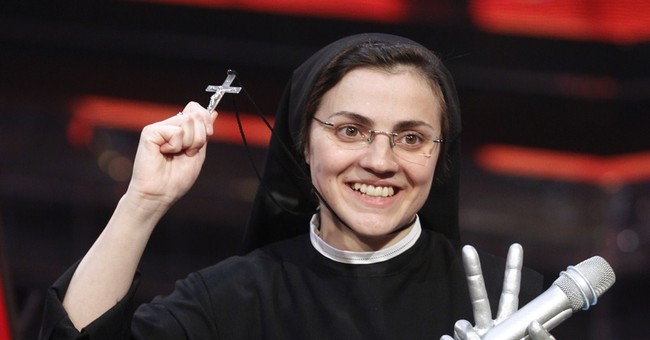 Over at Intercollegiate Review, Carter Skeel writes a short piece on how Self-Ownership is an Illusion. Unsurprisingly, his brief thoughts on moral stewardship and a debt to community are quickly torn to shreds by a handful of libertarian-leaning internet commentators. But Mr. Skeel is on to something, even if he didn't take the time or have the space to flesh it out fully, for self-ownership is indeed a flawed and inaccurate concept. Particularly as it is understood in our current political moment.

As Skeel points out, the idea that we own ourselves certainly doesn't agree with Scripture. He quotes from 1 Corinthians 6: "Or do you not know that your body is the temple of the Holy Spirit who is in you, whom you have from God, and you are not your own?" Scripture makes it clear: You don't own you. You owe everything about your existence and sustenance to God's grace. And this isn't just an abstract idea – it has real life implications. You are to die to your sinful desires and live to serve and love God and your neighbor. An atheist might argue for self-ownership as a fundamental reality, but the Christian can't hold to it with a straight face.

Thomas E. Woods, Jr. took issue with Skeel's piece. He criticizes Skeel's argument (and goes on to patronize him, but I'll focus on the relevant things Woods says), arguing instead that self-ownership should be defined "vis-a-vis other human beings." In other words, Woods defines self-ownership as our "right to control what is ours." He presents it as asocial definition, and not a fundamental moral reality (at least not for the Christian).

If we accept Dr. Woods's definition, however, we quickly encounter problems, for no one has an absolute right to control anything, even if you limit that definition to "vis-a-vis other human beings." For example, everything, even your life, may be taken from you by force if you commit egregious enough social sins. But there is a bigger question at stake, for when it comes to questions of political theory, libertarians tend to reduce the world to two entities: the individual and the state. And, sadly, the modern political fight (particularly in the U.S.) has become which of these two should overpower the other.

The libertarians (and many conservatives) want the individual to triumph over the state: maximum freedom and minimum state. The libertarian holds to "negative rights": the right to pursue his own happiness, do what he wants with his own property, teach his own children what he will, all without government intervention. These "rights" are rights against government coercion.

On the other hand the liberal holds to "positive rights" of the FDR variety: the individual has a right to "freedom from want," or a right to a college education, or a right to quality healthcare, and it is the duty of the government to establish and defend those supposed rights by taking from the rich and providing for those who want. These "rights" are met throughactivegovernment coercion.

The problem with this individual-state dichotomy is that society isn't merely composed of individuals and the state, and thus this language of rights is not robust enough to help us navigate the complexities of society. Instead of rights, we ought to talk in terms of duties.

Duty moves us away from ourselves and to a more biblical and conservative view of our role in the world. Duty makes us look to others. I do not have a "right to life" – I instead have a duty to respect and protect the lives of others. I do not have "property rights" – I have a duty to respect the property of others and to be a proper steward of the property God enables me to obtain.

The beauty of duty is that it allows for layers of social complexity that the individual/state dichotomy does not. The libertarian and the liberal alike fixate on the government's power of the sword. Their fixation leads many in both camps to ignore other important social forces. For instance, Scripture demands that a person provide for his family and help his neighbor. There are plenty of ways a Christian could violate these commands that would not merit punishment by the government but would merit punishment by other institutions. His family might push him away. His church might discipline him. His local community institutions might ostracize him or kick him out of membership. He might become a pariah in his community. Human life is a complex tapestry of both moral duties and the institutions who enforce these duties, and the concept of duty, not right, acknowledges legitimate authorities beyond the individual and the state.

Though she clearly does not represent all libertarians, it is helpful to consider Ayn Rand (particularly given the resurgence in passion for her book Atlas Shrugged during the rise of the Tea Party). There is a reason Ayn Rand hated Christianity – she saw in it an attempt to impose moral obligations and limitations on the individual. Rand has great influence in some libertarian spheres, but her particular spin on libertarianism has more in common with Nietzsche's concepts of power-seeking self-actualization than the traditions of American freedom. She denounces the moral demands of altruism, regardless of which social authority enforces those demands. She is a stalwart defender of absolute self-ownership, unencumbered by any controlling authority.

In contrast to Rand's ideals, the ideas of classical liberalism that our Founding Fathers promoted were guided by the influence of their surrounding Christian culture. Early American society was rooted in a pervasive Christian ethic, so much so that Alexis de Tocqueville observed, "The Americans combine the notions of religion and liberty so intimately in their minds that it is impossible to make them conceive of one without the other." An early American culture of Christian moral obligations tempered the excesses of rights language, but as our culture has moved away from Christianity, the chinks in the "rights" armor are beginning to show.

We exist in a universe of moral duties, and the more we strive to expand ownership rights to provide an abstract basis for justice within society, the more tenuous the connection between our political philosophy and our moral reality becomes.

Perhaps ironically, duty is a better succor of limited government than rights. A pervasive sense of duty leads to thriving, robust communities that can provide for their own needs and do not require a powerful state to survive. Duty cements, upholds, and empowers the institutions of the family, church, local community, and social groups. It dismisses the individual/state dichotomy as inadequate and simplistic.

Emphasizing rights at the expense of duties, on the other hand, provides a short trip from little-government libertarianism to big-government liberalism. They are just two sides of the same coin. Once a libertarian discovers that he cannot meet his own needs or effect the kind of society he desires, what other authority does he have to look to but the state?

Ultimately, the idea of a right to self-ownership is an unchristian and inaccurate political term. We would do better to speak of moral duties, which point us to God and to others, securing a stable society. Let us be rid of these examples of inaccurate and atomizing rights language