Progressives Will Never Get Unity Until They Kill Cancel Culture

Young Voices Contributors
|
Posted: Aug 10, 2021 12:01 AM
Share   Tweet
The opinions expressed by columnists are their own and do not necessarily represent the views of Townhall.com. 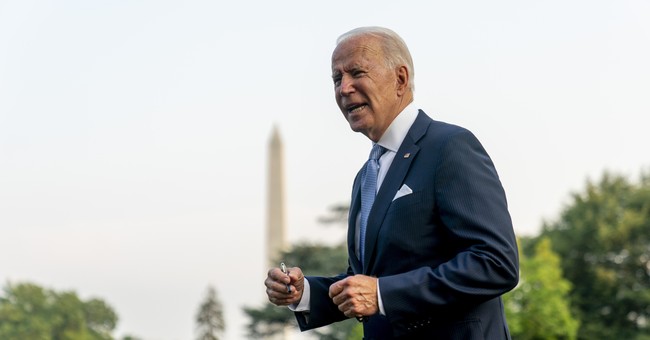 Editor's Note: This piece was authored by Caleb Ashley.

Cancel culture is the left-wing equivalent of eating at Golden Corral. Picking and choosing buffet-style whose careers to end, what brands to boycott, and which political reputations to consume may feel good in the moment, but in the long run it’s terrible for your health. And if the left doesn't leave the buffet soon, down the line it could suffer a massive coronary.

The Olympic Games have been a disaster on this score. The Director of the Opening Ceremonies was fired for a Holocaust joke he made 23 years ago during a comedy routine, and a composer working on the Games was forced to step down because he admitted to bullying classmates as a child. It’s remarkable and sad that not one world leader took the opportunity to call out these cancellations for what they really are — which is ludicrous. Wouldn’t it have been great if just one of our world leaders had, you know, led?

The silence from progressive leaders like US President Joe Biden is especially disappointing. The longer progressives wait to stand up against cancel culture, the more they undermine their own ideological credibility. That’s because the whole aim of cancel culture — to eliminate all dissenting opinions through political, social and economic pressure — runs contrary to the principles that have driven progressivism for over a century.

Progressives have long thought that man can achieve perfection with the right programs. From President Woodrow Wilson to President Barack Obama, progressive thinkers have claimed that with enough elbow grease and with the right policies we can fix society’s ills. This conceit is part of why Democrats support legislation that would substantially reduce the number of prisons, increase government regulation in many industries, and restructure our society through ambitious climate proposals.

Cancel culture flies in the face of progressives’ central optimism. Rather than attempting to perfect humanity through effort and policy, backers of cancel culture focus simply on eliminating dissent. Instead of rehabilitating the average American when they commit an act of so-called bigotry, supporters of cancellation try to shame people into submission or to banish them from society completely. The result is a mob of angry online commentators trying to get people they disagree with fired.

What’s become of the key tenets of progressive thought? What happened to the idea of perfecting man? Instead of encouraging growth, we’ve opted to eliminate those who don’t measure up from the public sphere and render them voiceless.

Luckily, most voters see right through this nonsense, and according to a recent poll for CAPS-Harris, 64 percent of Americans view cancel culture as a threat to freedom. The American people are used to petty political fighting, but cancel culture is unpopular because it allows politics to bleed over into other areas of life.

The Olympics give President Biden and other progressive leaders the perfect stage to condemn cancel culture and call for unity globally and domestically. They should take a queue from progressive comedian Bill Maher, who has mocked what is happening at the Olympics. Biden at least should add his voice to the chorus condemning this insanity. In so doing, he’d be landing on the right side of history and signaling to the American people that enough is enough.

If keyboard warriors on the left continue pushing for the cancelation of voices they don't like, the American people will start canceling Democrat politicians at the polls. Cancel culture's philosophical incongruence with progressive thought as well as its political unpopularity makes it a lose-lose proposition for progressives.

Caleb Ashley is a contributor for Young Voices.