INFORM Act Is All Pain, No Gain

Young Voices Contributors
|
Posted: Apr 15, 2021 12:01 AM
Share   Tweet
The opinions expressed by columnists are their own and do not necessarily represent the views of Townhall.com. 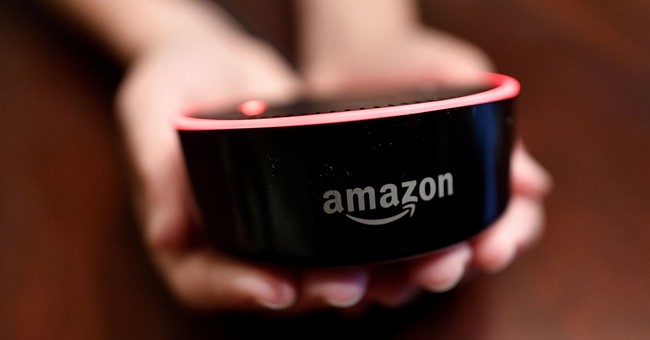 Editor's Note: This piece was authored by Satya Marar.

Surely Illinois Senator Richard Durbin means well, but the bill he recently sponsored that aims to stamp counterfeit products out of the marketplace just won’t work. In fact, if it’s passed, it would likely just hurt the very consumers it’s intended to protect.

The INFORM (Integrity, Notification & Fairness in Online Retail Marketplaces) Consumers Act was recently introduced in the Senate. It requires online marketplaces like eBay and Amazon to disclose and display certain information about “high-volume” sellers on their platforms, including their names, addresses, account information and phone numbers.

The platforms must also provide buyers with a hotline for reporting counterfeit, stolen or dangerous goods, and must require sellers to display warning labels that encourage buyers to report suspected counterfeit products. Platforms that don’t comply with these requirements face fines from the Federal Trade Commission.

While this might seem like a positive development for stamping out counterfeit goods and protecting consumer welfare, the devil lies in the bill’s details. For starters, it defines “high-volume sellers” as those who’ve made at least 200 sales for a total value of at least $5,000 in the previous year. While that won’t impact the casual vendor selling the odd unused present collecting dust in their attic, it will capture scores of small businesses, including those that have made minimal sales over a short period of time.

The costs of ongoing compliance, including annual renewal of a sellers’ verification and the need to gather the required materials and information within 24 hours, will be particularly burdensome and costly for these entrepreneurs, who’ll be unable to dedicate as much of their limited resources to growing and serving customers. Sellers who don’t comply in time will face the suspension of their business and even the withholding of revenues from completed sales.

In addition, requirements that these businesses disclose official phone numbers will also force sellers who’ve optimized customer service over e-mail or online portals to develop infrastructure and resources for customer support over the phone. This will prove particularly costly. Essentially, it will discriminate against businesses based on how they choose to serve their customers. And while the bill gives sellers who have only a personal phone number the option to disclose just their email address, the disclosure rules still raise privacy concerns, and could make independent sellers the targets of abuse or fraud by nefarious actors or online trolls.

Honest businesses will also be hurt by the bill’s mandatory warning labels that make even innocent online sellers appear suspicious — a hurdle that the brick-and-mortar stores they compete against won’t face. This will be especially damaging for online resellers, whose business models hinge on sourcing and reselling products which often wouldn’t otherwise make it to public markets. Legitimate resellers are typically small or medium-sized businesses, yet the bill’s requirement of warning labels will likely see them falsely reported for counterfeit products by suspicious buyers.

The bill’s strongest proponents argue that its potential costs for sellers will be worth it to protect consumers and kneecap counterfeiters. But there’s no guarantee that it will. In fact, consumers are likely to be harmed if exorbitant compliance costs deter honest sellers from conducting legitimate business, thereby reducing competition and options in the marketplace.

Conversely, there’s nothing stopping genuine counterfeiters from working around the bill’s requirements by using multiple accounts or finding creative ways to conceal the nature of their products. Nudging consumers to seek customer service over the phone, rather than mediums like online portals or e-mail, which leave behind paper trails and are usually monitored, could also leave them vulnerable to fraud or miscommunication.

Compliance costs will also be substantial and a deterrent for smaller online marketplaces that don’t have the kind of resources available to Amazon or eBay. This would ironically come at a time when the larger, dominant platforms are facing criticism for their purported “monopoly power.”

It's not surprising that the bill’s strongest proponents are brick-and-mortar stores, who stand to benefit from burdens placed on their online competitors that they won’t face themselves, and brand protection groups, who have relatively little to lose by leaving small third-party sellers to face extra costs and bureaucracy.

Online platforms and sellers already have an incentive to entice consumers and uphold their commercial reputations by providing protection from counterfeiters. Many already have. Dominant platforms like Amazon owe their market share partly to high degrees of public trust bolstered by safeguards against fraudsters and counterfeiters. Amazon spent $500 million and enlisted 8,000 staff in 2019 alone to police counterfeiters. The retail giant uses machine learning and other innovative technologies to vet sellers and detect potential brand infringement in conjunction with intellectual property owners. eBay has also won awards for working with brand owners to police counterfeit sellers on its platform. Smaller platforms who hope to compete will have to develop similar protections, with or without the mandatory provisions of questionable effectiveness outlined in the INFORM Act.

Ideas that sound good on paper don’t always pan out that way. The INFORM Act is likely to cause significant pain for little to no gain.