Young Voices Contributors
|
Posted: Jul 20, 2017 12:01 AM
Share   Tweet
The opinions expressed by columnists are their own and do not necessarily represent the views of Townhall.com. 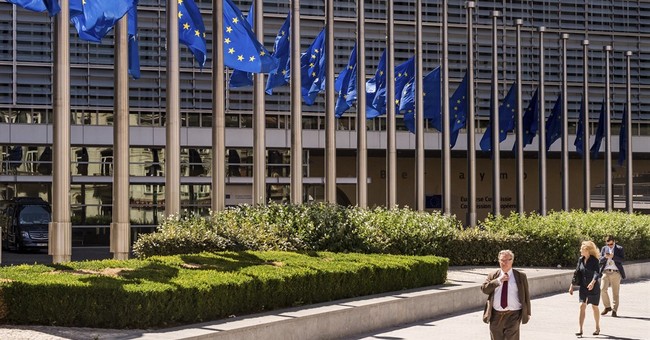 Editor's note: This column was authored by Bill Wirtz.

Despite considerable policy differences on the old continent, one issue almost entirely unites Europeans: gun control. This is currently reflected through legislators, who, despite the apparent ineffectiveness of current gun regulation, continue to infringe on the right to bear arms.

The EU Commission in Brussels agreed on stricter gun laws last December, with EU interior ministers deciding on new measures despite several members, including the Czechs, voting against it. The new directive institutes a complete ban on semi-automatic firearms, tightens regulations on online purchases, and allows for an exchange of information about gun owners across the continent.

EU Commission president Jean-Claude Juncker said the following that the recent terrorist attacks on Europe’s people and values were coordinated across borders, and that therefore EU members must work together to resist these threats. He added that stricter controls on the registration of firearms are needed, in order to stop organized crime.

This directive will have an effect on national legislations of EU member states. The Czech Republic, a Central European country which is comparably fond of gun use, is on its way to introduce a constitutional amendment in order to secure citizens' right to bear arms.

Czechs cherish the right to bear arms, especially in comparison to their neighbors. With a population of about 10 million, over 800,000 firearms are registered to date. This number has been increasing drastically since the fall of the Soviet Union. The Czech Republic allows concealed carry and does not even specifically ban guns in bars and clubs, though many owners have their own policies on that. “Gun-free zones” on schools and campuses do not exist: the law does not prohibit concealed carry there either. This particular gun culture is related to the government’s call for the population to arm itself in the fact of terrorism, but also to the Czechs' love for hunting.

The Czech government has announced that it will appeal to the EU directive in front of the European Union Court of Justice in Luxembourg. Together with countries like Poland (which also voted against the gun control directive), these ex-communist nations which were once occupied by the Soviet Union know what it means to be defenseless in the face of great threats.

The Visegrad countries aren't alone in this sentiment: despite Europeans skepticism towards guns, many support regional differences on this issue. In a 2013 poll, 55 percent of Europeans supported member states making their own rules on gun regulation. The fact that the EU still wants to override its member states with this directive doesn't reflect well on Brussels. The Czech Republic hasn't had a terrorist attack so far -- having an armed population will keep the likelihood of such an attack happening low as well. The apocalypse if crazy gun owners on the loose also fails to substantiate in countries like the Czech Republic: gun homicide rates per 100,000 persons are lower in the Central European country than places like Sweden, France, Finland or Belgium.

The EU also fails to notice that member states like the United Kingdom, France, and Germany already have similar gun control measures, yet they have been hit by terrorist attacks carried out with illegally-acquired firearms. In attacks such as those in Berlin and Nice, the perpetrators used stolen trucks to run over hundreds of innocent people. Whether or not increased intelligence cooperation in Europe will help prevent future attacks is hard to tell. What is clear is that the element of surprise mixed with slack response times of the police makes the victims of these attacks unable to defend themselves. In the 2015 attacks in Paris, the Bataclan concert hall was stormed by armed terrorists, while the Eagles of Death Metal were playing. Lead singer Jesse Hughes criticized, after the attack, that French gun control had left the victims unarmed in the face of terror.

More interestingly, France has begun to recognize that citizens with guns can be effective. A few months ago, the République allowed off-duty police officers to carry their weapons in private.

Czech Interior minister Milan Chovanec recently pointed out that armed citizens would be able to shoot terrorists who attempt to ram large vehicles into crowds of innocent people. As of now, such an attack has not happened in the Czech Republic, and given recent developments, it would seem ill-advised for a terrorist to try.

The European Commission estimates the number of legally-owned firearms in all of Europe to be 80 million. That is millions of people, who, especially considering the ongoing threat of terrorism in Europe, should be allowed to carry their firearms for their own self-defense.

The EU's refusal to recognize the potential of private ownership of guns punishes responsible gun owners. The same politicians which claim that there are no easy answers to terrorism, need to notice that a blatant gun ban, as an easy answer itself, is not providing any solutions. The new Firearms Directive needs to go.

Bill Wirtz is a Young Voices Advocate and a law student living in France. He blogs in four languages and his articles have been published in Newsweek, the Washington Examiner, and the American Conservative.