It’s Time to Vote; But It’s Also Time to Pray

Yael Eckstein
|
Posted: Oct 25, 2020 12:01 AM
Share   Tweet
The opinions expressed by columnists are their own and do not necessarily represent the views of Townhall.com. 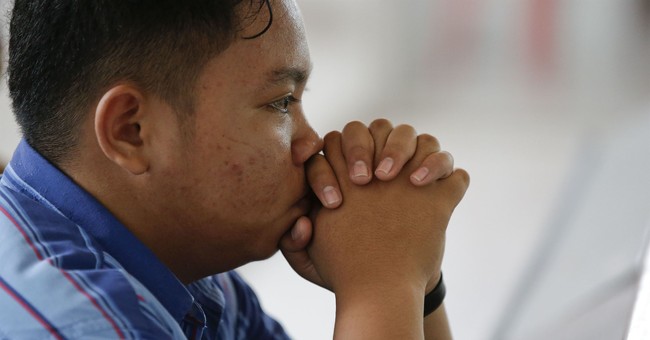 With weeks to go before the U.S. elections, all eyes are on America. Even here in the Holy Land, we can feel the tension rising, as Americans cast their votes in one of the most important — and divisive — elections in our lifetime.

Growing up in America, as a woman and granddaughter of Holocaust survivors, I remember repeatedly hearing the message about the importance of voting. My parents reinforced that message, explaining that the right to vote was both a privilege not to be taken for granted and a patriotic duty that we were obligated to fulfill. “Freedom isn't free,” they would tell me, “nor is it a given.” I couldn’t wait to be eighteen so that I could play my small role in the unfolding of American history.

However, as the years have passed, elections have become more intense and contentious, and this year the political climate in the U.S. is particularly charged. Outrage is the currency of the day. Social media leads us to immediately share our opinions without much thought about the impact of our words, and algorithms expose us to like-minded positions. In a time when millions of pieces of diverse and thoughtful content are being created and distributed, we have never been as closed minded, judgmental, and critical of “the other” as today.

The 24-hour news cycle informs us, but also inflames our passions. Public controversies become personal, and even close family members have become alienated from each other. We have forgotten how to disagree with respect and hold onto that sacred paradox of refusing to hate a person even if we strongly oppose their political positions.

It’s a volatile situation with far-reaching effects. And so often, it can lead us to despair.

Politics can be emotional, but the truth is, it's with good reason. Especially now that I live in Israel, I am well aware of the effect that American elections have on international policies and the trajectory of our world. With so much at stake — politically, emotionally, socially — I have realized that just as we have a civic duty to vote, as people of faith, we also have a spiritual responsibility to pray.

Both Jews and Christians hold fast to the belief that God hears our prayers and that He intervenes in world events on our behalf. So, while it is imperative that we cast our vote, we must also “Cast our cares on the Lord” (Psalm 55:22) through sincere and heartfelt prayer. Will our prayers be answered? Maybe not, but they will certainly change and soften our hearts.

I believe that just as our votes make a difference, so do our prayers. And just as we must exercise our right to vote, we dare not squander the opportunity to pray for a good outcome that will bring much-needed peace, unity, and healing. As the prophet Jeremiah said, “Seek the peace and prosperity of the city… Pray to the Lord for it, because if it prospers, you too will prosper” (Jeremiah 29:7). Our prayers help our nation thrive — and when our nation thrives, we all win.

This is why The Fellowship has introduced a new campaign to encourage prayer during this election season. Just as voters are typically awarded an “I voted” sticker after serving America by voting, we are proud to offer “I prayed” stickers to those who have served America by praying. It is one small way of acknowledging those who pray for the safety and security of America and inspire others to do the same.

During these critical times, we must come together in prayer. Let us pray for the future of America — for strength, peace, prosperity, and healing in the weeks and years ahead. Let us pray that all candidates for public office are granted the wisdom, understanding, and judgement that can only come from God. Let us continue to pray that God will bless America abundantly, no matter who wins. And through it all, remember that we serve a great God, the King of Kings, and ultimately, it is He who will always lead us.

Yael Eckstein is the president and CEO of the International Fellowship of Christian and Jews. In this role, she also holds the rare distinction of being a woman leading one of the world’s largest, religious not-for-profit organizations, having raised $1.8 billion — mostly from Christians — to assist Israel and the Jewish people. She is the author of the book released earlier this year, Generation to Generation: Passing on a Legacy of Faith to our Children.