The Unknown History of Civil Rights 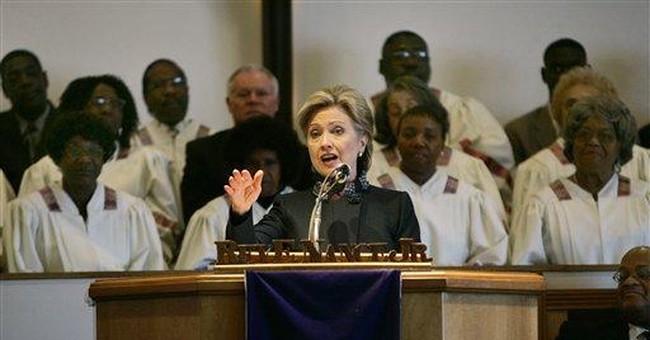 Black History Month is about informing citizens of the hurdles and heroes of America’s climb toward civil rights and equality. How interesting, then, that so many race-related political myths continue to be perpetuated by Democrats who know better.

Consider the recent fracas over Senator Hillary Clinton’s contention that President Lyndon Johnson was the driving force behind the passage of the Civil Rights Act of 1964. As any fair examination of history reveals, a large share of the legislative credit for the bill’s passage must go to that other senator from Illinois—Republican Minority Leader Everett Dirksen.

Just look at the historical record. As Lyndon Johnson told Hubert Humphrey: "Now you know that bill can't pass unless you get Ev[erett] Dirksen.”

Indeed, LBJ biographer Robert Caro notes that prior to 1957, Johnson “had never supported civil rights legislation—any civil rights legislation,” including anti-lynching legislation. His private behavior toward blacks was appalling. Robert Parker, LBJ’s longtime black employee and limousine chauffeur, claims that Johsnon blasted him daily with a blizzard of bigoted slurs. And even as LBJ was being praised by liberals for his appointment of Thurgood Marshall to the Supreme Court, behind closed doors LBJ’s cynical brand of “identity politics” became clear. As presidential historian Robert Dallek recounts, LBJ explained his decision to a staff member by saying, “"Son, when I appoint a nig—r to the court, I want everyone to know he's a nig—r."

Still, despite his record and rhetoric, LBJ fought hard to pass the Civil Rights Act of 1964. But those he had to fight against were Democrats, not Republicans. Democrats like former Klansman Senator Robert C. Byrd and others launched a filibuster to kill the Civil Rights bill. The chances of stopping them seemed bleak. Never in the history of the United States Senate had members mustered enough votes to stop a filibuster (a procedure known as “cloture” that requires 67 votes to invoke) on a civil rights bill.

So the Republican Minority Leader Everett Dirksen set out to get the votes necessary to defeat the filibuster. On June 9, 1964, the night before the historic cloture vote, the 68 year old Republican stayed up late into the night typing a speech on twelve sheets of Senate stationery that every American should know but that few do. The next day, Senator Everett Dirksen delivered his oration on the floor of the U.S. Senate just minutes before the final vote. The final tally: 71 to 29, with 27 of the 33 Republicans voting to defeat the Democrat-led filibuster.

Democratic Majority Leader Mike Mansfield said, “This is his [Dirksen] finest hour. The Senate, the whole country is in debt to the Senator from Illinois.” And two days after Dirksen’s speech, Roy Wilkins of the NAACP wrote Dirksen a contrite letter apologizing for their early attacks. “The National Association for the Advancement of Colored People sends its thanks to you for your vote for cloture and for your final speech before the vote,” Wilkins wrote. “Your leadership of the Republican Party in the Senate at this turning point will become a significant part of the history of this century.”

Indeed, the closer one looks across the arc of black history, the more ironic it seems that voters would associate civil rights with the Democratic Party. Founded as the anti-slavery party, the Republican Party was responsible for winning passage of the 13th, 14th, and 15th Amendments, the Ku Klux Klan Act of 1871, the Reconstruction Acts, and the 1866, 1875, 1957 and 1960 Civil Rights Acts. In fact, had Democrats not overturned the 1875 Civil Rights Act, the strikingly similar 1964 Civil Rights Act might never have been necessary.

Myriad reasons are often cited for the rift between African American voters and the Republican Party. Some blame Richard Nixon’s so-called “Southern strategy.” Others cite the GOP’s presidential nomination of Barry Goldwater who opposed the Civil Rights Act of 1964 on philosophical grounds of federal overreach. And still others point to a radicalized professoriate as the source of some Americans’ historical amnesia.

Whatever the case, this Black History Month, voters would do well to reexamine the historical record. What they learn just might surprise them.