A Gift from a Navy SEAL 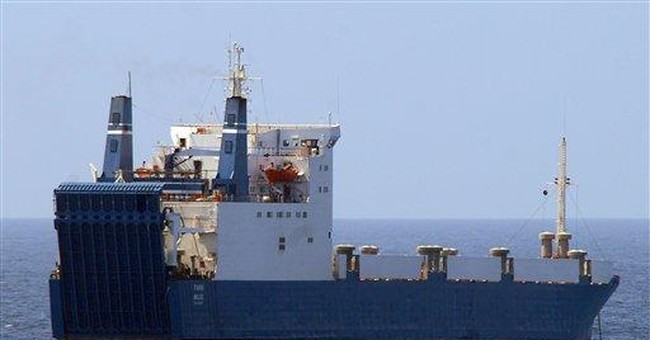 Thirty-six years ago this month I was a 13-year-old junior high school student: playing a little soccer, chasing a few girls, listening to Black Sabbath albums, and pestering my parents to buy me a motorcycle (which Mom refused). Meanwhile, on the other side of the earth, 23-year-old U.S. Navy SEAL Michael Thornton was running a series of high-speed missions against the enemy in the final days of America’s involvement in Vietnam.

On one such mission – Oct. 31 (Halloween), 1972 – Mike; his commanding officer, SEAL Lt. Thomas R. Norris; and three South Vietnamese Naval commandos were conducting what the official report reads as “an intelligence gathering and prisoner capture operation” against the enemy-held Cua Viet River Base.

The five men launched from a Vietnamese junk under cover of darkness, paddled toward the coast in a rubber boat, and, about a mile offshore, eased out of the boat and swam the rest of the way in.

Once on the beach, things quickly degraded from difficult to bad to utterly desperate: First, it was determined that the initial objective point had been missed and that the U.S.-South Vietnamese team had been inserted into far-more-dangerous North Vietnam. Second and worse, the team was discovered and quickly came under fire from a huge enemy force that outnumbered them at least 10 to one. Third, a fierce five-hour firefight ensued between the two forces, the enemy closing to within a few yards of the team, and Mike was struck in the back.

Naval gunfire was called in, and Norris ordered the team to begin a fighting withdrawal back to the waterline hoping to escape by sea and prevent the overwhelming enemy force from encircling them.

Near the water’s edge, Mike – wounded but still fighting – was informed by one of the South Vietnamese commandos that Norris had been killed.

Dead or alive, Mike was not going to leave his commander behind.

Through a hailstorm of enemy fire, Mike raced back toward Norris’s last known position There he found Norris’s lifeless form, shot in the head, and two enemy soldiers standing over him.

Mike quickly killed the two soldiers, lifted Norris onto his shoulders, and began the several-hundred-yard dodge-and-sprint back toward the beach under heavy fire.

An incoming round from USS Newport News exploded nearby, the blast-concussion blowing both men into the air. Mike scrambled to his feet, again hoisted Norris onto his shoulders and made for the surf.

When he hit the water, Mike – wounded, exhausted, adrenaline surging – literally tied Norris to his body and started swimming. When he saw one of the South Vietnamese commandos shot in the hip and unable to swim, Mike grabbed him too; swimming both men out to sea for more than two hours before the three wounded men were picked-up by the same junk that had dropped them off.

Nearly one year later, Oct. 15, 1973, Pres. Richard Nixon presented Mike the Medal of Honor in a White House ceremony with Norris in attendance. Mike had “basically kidnapped” Norris from nearby Bethesda Naval Hospital (Norris would in 1975 receive the Medal himself for a separate action.).

Fast forward to October 2008: I’ve now known Mike for about 15 years. I met him even before that (though he doesn’t remember the meeting) when I was a green Marine lance corporal in the mid-1980’s and Mike was a war-seasoned Navy SEAL officer wearing – above his myriad decorations – the loftiest American military award for valor.

In the years since, I’ve written about Mike, spoken with him for perspective on national security issues, broken bread with him, and more recently discussed with him the forthcoming Medal of Honor Society’s 2010 convention to be held in Charleston, S.C. (the state from which Mike and I both hail).

All of this brings me to an important event, in a personal sense, which took place last week when I was commissioned a major in the S.C. State Guard.

Being commissioned a field grade officer into a military-defense force with a lineage stretching back to the 17th century was an honor to be sure. But what made it particularly special was that Mike swore me in: He administered to me the oath of office, was the first man to salute me, and then shook my hand – pressing into my palm a gold coin engraved with his name, the SEAL trident, and the Medal of Honor – then he gave me great big bear hug (that’s the kind of good, unpretentious man Mike is).

As I later explained to my boss, Brig. Gen. Eugene F. Rogers (also a former Marine), the coin itself was a token more precious to me than the gold oak leaves I now rate. And I was somewhat bewildered by how I felt.

”It’s because you were – and will always be – a Marine,” Gen. Rogers said. “There are certain things we treasure – things of tradition, no matter how seemingly insignificant to others – that others will never understand.”

And I’m not sure that any of us can adequately explain those things of tradition, but we must always try. Because, and as I said to Gen. Rogers and others in an email, our military tradition and our national defense are inextricably connected.