Willis Krumholz
|
Posted: Jan 13, 2021 12:01 AM
Share   Tweet
The opinions expressed by columnists are their own and do not necessarily represent the views of Townhall.com. 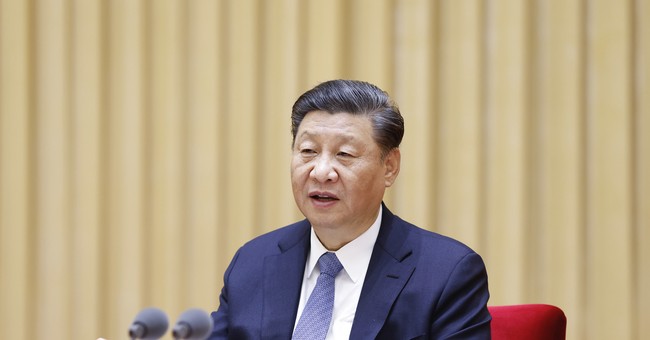 The general mood among the American public is dissatisfaction with the economic relationship with China. Though the Trump administration’s tariffs are controversial, especially in Washington, even the incoming Biden administration has said they won’t immediately ratchet the tariffs down. And President-elect Biden has stated he wishes to change China’s economic and trade behavior, just via different means than were pursued by the Trump administration.

Washington politicians have, however, taken Americans’ economic dissatisfaction with China and slapped on a national security and democracy promotion angle. Key issues focused on by Congress include sanctions for Chinese officials and removing special trade privileges for Hong Kong over Beijing’s suppression of the Hong Kong democracy movement. Washington has also moved to sanction officials and companies aiding in the suppression of the Uighurs. Even Washington’s focus on technology decoupling is framed almost entirely through the lens of national security.

Meanwhile, actual military tensions are the highest they have been in decades. America has been sending more cruisers through the Taiwan strait. China was on the verge of open war with India, a burgeoning American ally. Finally, hawkish senators like Tom Cotton (R-AR) have proposed ringing new bases around China and vastly beefing up America’s forces in the Pacific.

In other words, people in Middle America are unhappy with Sino-American relations in economic terms, but much of official Washington is responding to this angst by pursuing borderline military provocation with another nuclear-armed power.

Yet the basis for Middle America’s economic complaint with China has nothing to do with the military or defense industry. It goes beyond lost jobs—largely the result of monetary decisions made by policymakers that have harmed some Americans and benefited others. There’s a sense of general unfairness, like when China stopped importing U.S. pork in 2011 in order to build up its domestic supply, or when China forces U.S. companies to partner with a Chinese firm (exposing intellectual property to theft) simply in order to sell to Chinese consumers.

These grievances are legitimate. That’s not to say that tariffs are the right approach, or that Biden’s multilateral approach will work. But it is to say that ignoring these concerns is wrong and twisting them to justify military confrontation is just plain stupid. War with China would be disastrous and should be avoided at all costs. The victor, if there was one, would find themselves ruling an ash heap.

The challenge that lies ahead is that economic decoupling in and of itself ushers in the possibility of military tensions. And further decoupling appears inevitable. For all the talk that President-elect Joe Biden is more amenable to China, it is highly unlikely that his administration will transport Sino-American relations back to a pre-Trump ‘normal.’  For example, Biden has already said that existing tariffs would remain in place, at least for now. And Biden’s tax plans include several measures to try to re-shore U.S. manufacturing jobs.

Second, China’s rise to global economic dominance—projected to occur in this decade—is not inevitable. China has real and major problems to address caused by poor governance: demographic, social, environmental, and economic. America has problems too and can do much to better-align its workforce with jobs via a national apprenticeship program in lieu of a four-year education, and a handful of other policies meant to bring many underutilized American talents into the workforce.

Finally, we can have a debate about China’s trade abuses and how to properly compete on economic grounds. But a new military Cold War, especially while basic economic concerns go unaddressed, is not in the interest of the American people. The American public would do well to note that not all confrontation with China is created equal, and that changing the economic relationship does not require increased military tensions or confrontation.

—
Willis L Krumholz is a fellow at Defense Priorities. He holds a JD and MBA degree from the University of St. Thomas, and works in the financial services industry.