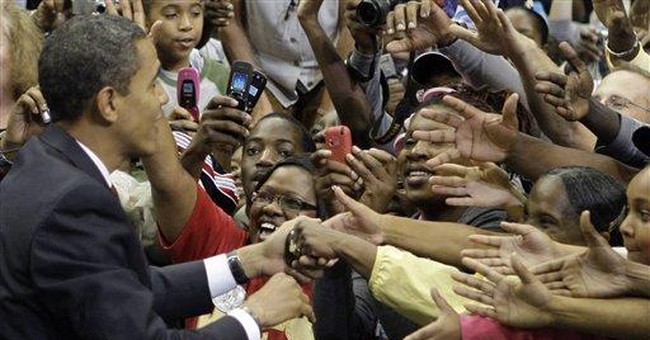 This column is being written in advance of the elections on Tuesday, but there is no serious doubt among observers that the Democrats will win -- increasing their margins in both Houses of Congress, and among the governorships as well, and capturing the presidency. Any other result would be an earthshaking development, but nobody is holding their breath.

But the additions to the Democratic margins in the House and Senate are not likely to alter the balance of forces in either body. Even if they succeed in increasing their margin in the Senate to 60, which is unlikely, that body will remain resistant to total Democratic control. A 60-vote majority would make it theoretically possible for the Democrats to keep Senate Republicans from blocking measures they desire (since it could prevent filibusters), but in any group of 60 politicians there are almost always bound to be one or two who will go off the reservation at any key moment. The same is true of the Republicans, of course: if they have only 41, there is always the danger that one will defect and give the Democrats that critical 60th vote. But the point remains: irresistible Democratic control of the Senate will remain unlikely at best.

The House of Representatives is, of course, another matter. The Democrats already have a fairly comfortable majority there, however, and increasing it a bit will simply nail down their dominance.

Far more consequential will be the election of a Democratic president, to replace George W. Bush. President Obama will be the nation's undisputed leader, with vast appointive powers to enforce his will. And the new Congress will, of course, be eager to follow his lead, especially in the early going. With three Supreme Court seats likely to become vacant in the near future, that immensely influential body also seems likely to fall under total Democratic sway.

Where this sea change in the nation's political control will take us remains to be seen. In the Senate, Obama has tended to go along with the Democratic majority -- which is to say, to vote along liberal lines. But if he has had any impulse to kick over the traces and sponsor far-left legislation, he has concealed it well. And during the campaign he stayed generally short of the sort of redistributionist rhetoric associated with the left, though one or two other Democratic spokesmen allowed themselves to sound tempted by it.

Above all, this year's Democratic campaign stayed well short of proclaiming a far-left agenda. The party seemed to sense that this was its year, and it was broadly content to let that fact produce the indicated victory, without making any bloodthirsty claims about how it would reorganize the basic dynamics of American politics if it was elected. To reveal deeply leftist intentions now would betray these implicit assurances to the American people.

As for the Republicans, without the presidency or control of either house of Congress, they will be confined to the resources available to a Congressional minority: to object, to propose amendments (which will usually fail), and to hope for a better day. They need not feel that they somehow disgraced themselves when they were in power, and were ousted accordingly. Rather, they simply fell prey to the voters' tendency to replace the ins with the outs every now and then. They had been in control of the presidency for eight years, and people just felt it was "time for a change."

As a matter of fact, this may prove to be a particularly fruitful "seed time" for the GOP. Who are the fresh and attractive faces among the Republican governors? And who, in the House and Senate, will emerge as the party's new leaders? Already certain young members of the House are making their mark. Among them, or among the senators, may be one (or more) capable of leading the Republican party to surprising new victories in the not too distant future.