One Consequence of a "Sorry" Congress; More to Come! 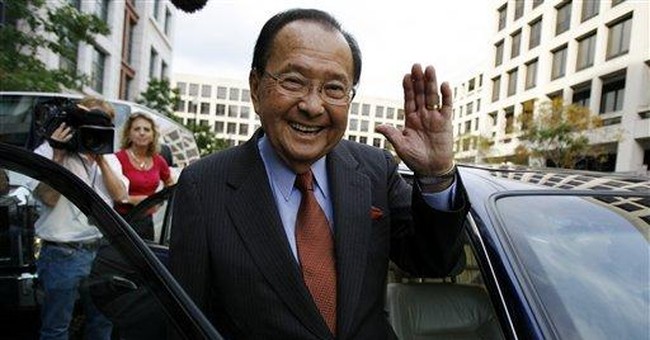 In 1993, Congress adopted an “Apology Resolution” expressing regret to “Native Hawaiians” for the federal government’s role in ending the Hawaiian monarchy. There was one problem: nearly every paragraph was either false or misleading, including one stating that “Native Hawaiians” were targets of any American mischief—in fact, since creation of the Hawaii Kingdom in 1810, there never was a race-based government. More significantly: why was Congress apologizing for ending a monarchy and moving toward republican government? As U.S. Senator Hank Brown (R-CO) put it: “We ought to be clear that we are not here apologizing for democracy or the concept of private property.”

Senator Daniel Inouye (D-HI) said his only purposes were “to educate . . . the American public on events [and] provide for reconciliation between the United States and the native Hawaiian people.” Senator Slade Gorton (R-WA) was dubious. What were the bill’s “ramifications,” he asked, other than “divid[ing] the citizens of [] Hawaii . . . into two distinct groups, Native Hawaiians and all other citizens.” “[I]s this,” continued Gorton, “some form of claim, some form of different [] treatment for those who can trace a single ancestor back to 1778 in Hawaii . . . ?” No, responded Inouye; Native Hawaiians’ objective was “simple:” “we believe that our country is big enough and great enough to recognize wrong and admit it.”

Turns out, Gorton was right; Inouye was wrong. Armed with Congress’s Apology, the Office of Hawaiian Affairs (OHA), which receives a portion of the income from state lands to benefit Native Hawaiians, challenged Hawaii’s affordable housing authority’s plan to use a 500-acre parcel in West Maui. By state law, OHA would receive 20 percent of the land’s value, nearly $6 million. OHA refused the check; instead, it demanded a disclaimer on the deed that the conveyance did not waive or diminish Native Hawaiians’ claims to the land.

In December 2001, a trial court rejected OHA’s claim that the Apology Resolution bars Hawaii from selling its lands. In January 2008, Hawaii’s Supreme Court reversed, holding that the Resolution prohibits the State from selling, exchanging, or transferring 1.2 million acres of State land—almost all of the State’s land and nearly one-third of Hawaii—until it reaches a political settlement on the “unrelinquished [land] claims” of Native Hawaiians. On October 1, 2008, the U.S. Supreme Court granted Hawaii’s petition for review.

Given the schizophrenic nature of the State of Hawaii—it includes land management agencies and the OHA—the question presented the Court asks only if Congress’s “symbolic resolution strips Hawaii of its sovereign authority” to dispose of land until it makes a deal with Native Hawaiians. When oral arguments occur early next year, however, the elephant in the courtroom will be the question asked by Senator Gorton, answered by the Supreme Court in 2000, and on the minds of most Americans with the swearing in of the first African-American and Hawaiian-born president.

The Rev. Martin Luther King, Jr. called the Declaration of Independence, an unpaid “promissory note” to all Americans. In fact, it was not until 1995 that the Court ruled 5-4, in Justice Scalia’s words, “In the eyes of government, we are just one race here. It is American.” Five years, later, in Rice v. Cayetano, by 7-2, the Court struck down Hawaii’s law that only “Native Hawaiians” could elect OHA trustees; the Constitution bars such classifications, held the Court, rejecting the argument that Native Hawaiians are akin to American Indian tribes.

When the Court rules this time, it must speak with one voice, for pending is a bill by Senator Daniel Akaka (D-HI) that circumvents Rice and converts “Native Hawaiians” into a political entity, which allows them to constitute a government, determine its members, and demand a government-to-government relationship with Hawaii and the United States. Thus, what Congress did by accident with its Apology, it will do on purpose with the Akaka bill.