Will the Optimist Trump Run Away With the Election?

William Marshall
|
Posted: Feb 13, 2020 12:01 AM
Share   Tweet
The opinions expressed by columnists are their own and do not necessarily represent the views of Townhall.com. 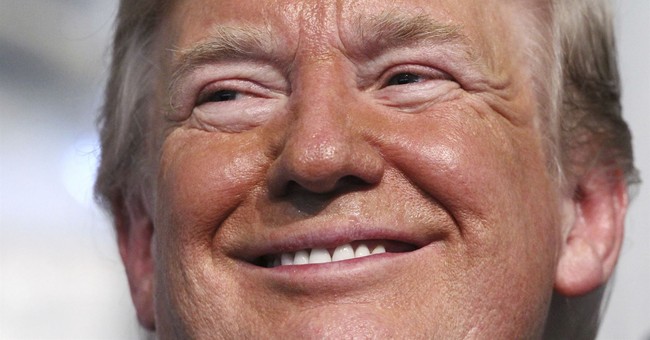 Here is my 2020 election prediction: Donald Trump will defeat any of the dystopian-minded candidates proffered by the Democratic Party as their nominee in the 2020 presidential election by a country mile. Why so? In a word: Optimism.

Martin Seligman, the Princeton-trained “father of positive psychology,” has dedicated much of his medical career to studying successful, happy people. Unlike most in the field of psychology who study the pathologies of the human mind, Dr. Seligman became fascinated early on by what makes successful people successful and spent much of his life focused on them.

He wrote a wonderful book published in 1991 called Learned Optimism: How to Change Your Mind and Your Life, in which he detailed his lengthy career researching those characteristics common to high-achieving people. Chief among the personality traits he identified as central to success in life were the ability to bounce back from setbacks and optimism. Donald Trump has demonstrated an extraordinary abundance of both these qualities.

Dr. Seligman actually studied American presidential campaigns throughout history, using indices he and his researchers developed to gauge the relative optimism of candidates of all parties running in American presidential campaigns over many decades. He and his team studied the candidates’ speeches, writings, campaign materials and the like to assign scores to each candidate to peg them on a sort of optimism index, and then used that index to compare their degree of projected optimism to their success in campaigns. They found a very high degree of correlation between the optimism a candidate exuded and their electability.

Simply put: The American people want presidents who see shining cities on a hill and sunlit uplands (which is actually more a Churchillian turn of phrase.)

Donald Trump’s optimism is not the sunny, cheerful optimism of a Californian actor steeped in history and conservative political philosophy, like that of Ronald Reagan. One wonders what Reagan would make of President Trump’s personal style and approach toward his political opponents.

I like to think that Reagan would recognize the devolution that has occurred in American political discourse since the Gipper served as President and would cringe at the brazenness and obnoxiousness to which the Democratic Party has descended in the past 30 years. He would appreciate President Trump’s combative, if sometimes coarse, approach in dealing with his adversaries. He would see it as the necessary antidote and long-needed Republican response to a Democratic Party that seems to have lost its way, if not its mind, in its embrace of socialism, violence and depravity.

Trump’s optimism is that of a Queens billionaire knocked down many times in the rough-and-tumble of New York commercial real estate development, only to pick himself up by his bootstraps (and for Alexandria Ocasio-Cortes, that was a metaphor) to take on his opponents once again, and give as good as he got. He is not a cerebral conservative thinker, steeped in Hayek, Burke and Friedman. He was too busy experiencing freedom and free markets to worry about their intellectual underpinnings. His conservatism – and his visceral belief in the bedrock principles of conservatism – is born of real-life lessons that the rest of us can relate to.

Contrast his optimism for America and Americans and their God-given innate abilities, with the grim hopelessness and helplessness suffusing America that every Democratic candidate for the presidency has adopted as their default outlook for our great country. While President Trump hammers away relentlessly at his campaign rallies, in his commercials and even in his tweets on the greatness Americans are capable of achieving, the Democrats tell us we are rapists of the planet, oppressors of the less fortunate, and the cause of all the world’s ills.

Why would anyone be inspired to vote for a candidate with such a dour view of his countrymen and his country’s history?

President Trump of course has a track record of phenomenal achievement, especially in the economic sphere, to support his optimism. While past performance may not be a guarantee of future success, it’s better than any other predictor available.

Let’s listen to the Democrats.

Mayor Pete Buttigieg said in one debate, “[T]here is no question that systemic racism has penetrated to every level of our system, and my city was not immune. I took a lot of heat for discussing systemic racism with my own police department, but we’ve got to confront the fact that there is no escaping how this is part of all of our policies.”

Then there’s the Massachusetts squaw, Sen. Elizabeth Warren, on the debate stage. She loves to rail against capitalism, which has made her a millionaire: “When you've got an economy that does great for those with money and isn't doing great for everyone else, that is corruption, pure and simple. We need to attack it head on. And we need to make structural change in our government, in our economy, and in our country.”

Ah, but not to be outdone on the evils of free markets, we have the Vermont socialist, Bernie Sanders, in his own debate performance offering such hopeful gems as: “[I] will not tolerate for one second the kind of greed and corruption and income and wealth inequality and so much suffering that is going on in this country today, which is unnecessary.”

The permanently befuddled Joe Biden, who one would think would find something in America worth celebrating after half a century of trying to use the levers of government to improve it, tells a black church audience in South Carolina: “Folks, some mornings I wake up and I think it’s more like what it must have been in 1920 than 2020… The Bull Connors of today don’t stand in the street with fire hoses and dogs. They wear nice suits. They wield their power rolling back rights, punishing the poor, denying access to health care and quality education and turning away refugees and asylum seekers… It’s not snarling dogs that’s part of this inflection point — it’s Donald Trump’s poisonous, divisionist politics.”

I don’t know what Dr. Seligman’s predictions are for the 2020 presidential election, but if I were a betting man, my money is on the guy who concluded his State of the Union Speech last week with “Our spirit is still young; the sun is still rising; God’s grace is still shining; and my fellow Americans, the best is yet to come!”

William F. Marshall has been an intelligence analyst and investigator in the government, private, and non-profit sectors for more than 30 years. He is a senior investigator for Judicial Watch, Inc., and a contributor to Townhall, American Thinker, and The Federalist. (The views expressed are the author’s alone, and not necessarily those of Judicial Watch.)