De-Platforming in a Pandemic

William Jacobson
|
Posted: May 19, 2020 10:36 AM
Share   Tweet
The opinions expressed by columnists are their own and do not necessarily represent the views of Townhall.com. 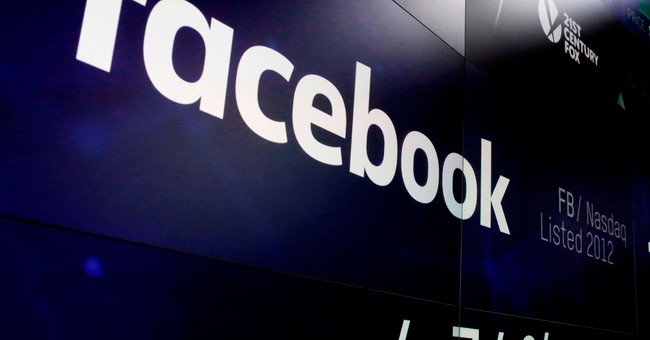 For the past several years, some influential voices have decided that speech with which they disagree is a form of violence. This anti-free speech philosophy has long been pervasive on campuses, where students are urged to take comfort in university-sanctioned “safe spaces” and figures whose ideas aren’t politically fashionable are disinvited from speaking engagements if even a few vocal opponents loudly reject their views. Once a bastion of freedom of thought and expression, higher education now coddles its students instead of exposing them to new ideas, protecting their fragile worldviews instead of challenging them.

While we’ve become accustomed to this reality on college campuses, we’ve taken for granted how pervasive this mentality has become within the larger culture, especially in the technology sector. Over the past few years, social media companies have engaged in censorship in the form of restricting controversial accounts by curtailing their reach or removing them altogether.

In 2019, Facebook and Instagram banned controversial figures like Alex Jones and Milo Yiannopolous, hoping to hinder their online presence and interrupt their revenue streams. The mainstream media applauded this decision, framing social media companies as vital information police, arguing they protected the public from exposure to conspiracy theories or getting conned into financially supporting them.

But, the application of so-called de-platforming standards has been fraught with problems. Even questioning statements from global warming activists can get you censored on social media, as my website, Legal Insurrection, discovered regarding our post pointing to evidence that Australia’s recent wildfires were caused by arsonists and bad land management practices. Facebook marked our story as “false information” based on a fact check that said we should have included climate change as a contributing factor, even though there is no evidence to support such a claim while 24 people were arrested for starting the fires that had engulfed the country.

Now, they’re also cracking down on free expression in the midst of the coronavirus pandemic.

Since the pandemic began, conflicting reports about coronavirus – its origins, its severity, its transmission, its treatment – have left a lot of Americans with questions about the guidance provided by purportedly politically agnostic and science-based organizations, such as the World Health Organization (WHO). Public skepticism is apparently justified, as recent reports from Germany’s intelligence agency confirm the WHO participated in a broad-scale cover-up after China pressured the WHO to conceal the human-to-human transmission of COVID-19, costing the world an estimated four to six weeks in preparation and response to this deadly virus.

But, for social media companies, vocalizing distrust of organizations like the WHO or even expressing a view counter to that of its leaders warrants swift censorship. In April, YouTube CEO Susan Wojcicki told CNN that her company would be de-platforming any user who posted content that went against WHO edicts. Disagreement with WHO was deemed “medically unsubstantiated” and promoting videos containing “authoritative information” from alternative but still authoritative medical sources was banned.

Meanwhile, Facebook spent the month of April labeling 50 million coronavirus-related posts as “misinformation,” while also taking down Facebook events organizing protests against state and local restrictions at the behest of government officials imposing unpopular lockdowns. Twitter has also “broadly banned” any speech that its monitors think could “help the virus spread.”

With no meaningful competition, companies like Facebook, Twitter and YouTube will continue to effectively control the online dialogue in America. These social media giants have deputized their employees to determine which dissent, no matter how scientifically sound it may be, is acceptable.

A real backlash is growing against social media censorship. As these companies grow larger and amass more influence, it remains to been how long they can continue to suppress speech without significant political challenge. Dissent still is patriotic.

William Jacobson is a Clinical Professor of Law at Cornell Law School, and President and Founder of the Legal Insurrection Foundation