State of the Union: Not So Good 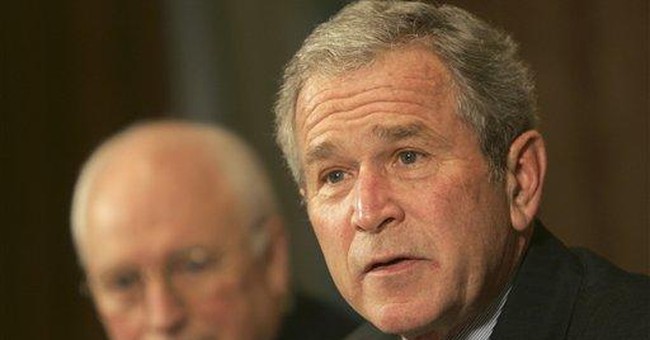 President Bush didn't give Congress, in his State of the Union address, quite what was expected, especially in the area of taxation. Several high critics of Bush, most of them running for president, spoke vociferously about the need to cut the privileges that flow to the rich through the tax laws. One critic said that the time had finally come when the tax burden should move against the wealthy.

Many listeners were reminded of what they had already numbly discovered for themselves, namely that the tax laws are ambiguous, not to say inscrutable. The layman has no alternative than to read proposed laws impressionistically, particularly if he is interested in the political implications. ("It favors the rich!" "It takes no realistic notice of the need to retool.")

As to practicalities, an enterprising researcher many years ago tried phoning six different IRS offices to ask how to handle a particular line on the income-tax return. He received six different answers. If professionals cannot come to the same conclusion as to what the code says, it is not surprising that calls for tax reforms have attracted adherents, reaching back to 1972 and the days of George McGovern, who made reforms a staple of his program; and carried forward ingeniously on the conservative side of the aisle by such as Phil Gramm, Dick Armey and Steve Forbes, with various proposals for a flat income tax or a consumption tax.

The top marginal tax rate aside, there is the sheer complexity of it for those millions who must file federal income-tax returns. Many of them choose, prayerfully, tearfully, to fill out the short form. Others take the choice of hunting for all available exemptions, deductions and depreciations, and then suffering the torment of wondering whether they took full advantage of every possibility. The exhausted, and the semi-exhausted, are asking the question: Why should it be so complicated?

The reason why tax reform is so complicated is that reformers seek out jungle leaves writhing for the sunlight, toward such rays of justice and equity as are discernible at any given moment in American politics -- the moment when the action freezes, as for a photographer, for just long enough to permit one set of claimants to overshadow another. Thus a tax reform is born, and for that brief moment we have a new law that is taken as expressive of social policy. It is an assertion of justice understood as a blend of considerations: the necessities of the state, the toleration of the body politic, the relationships of power among the affected interests.

Some critics fault President Bush for not pushing harder to raise corporate taxes. At present, corporate taxes account for between 7 percent and 11 percent of all the revenues taken in by the federal government. This is down drastically from the 1950s, when corporate taxes brought in 30 percent of federal revenues. It is, however, not the tax one wants immediately to contemplate raising when we are running the largest trade deficits in history.

Bush attacked directly the so-called earmarks, and he did so persuasively. But earmarks, while the least defensible federal spending, do not account for a large proportion of the federal budget.