The EPA Is Failing the American People

Will Coggin
|
Posted: Mar 22, 2021 11:27 AM
Share   Tweet
The opinions expressed by columnists are their own and do not necessarily represent the views of Townhall.com. 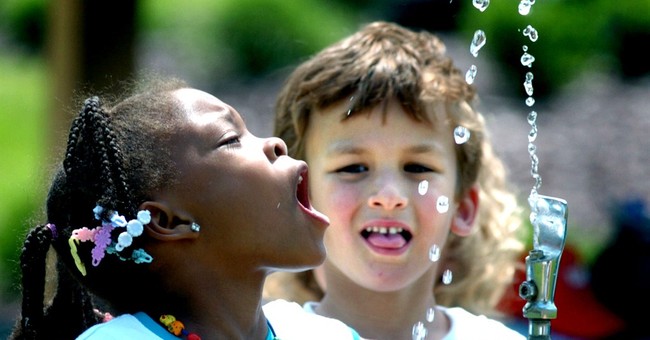 March 22 marks the annual observance of World Water Day, a campaign organized by the United Nations. The theme for 2021 is the importance of access to clean drinking water.

Despite what you may think, a lack of access to clean water is not just an issue in developing countries. It’s a problem in the United States, too.

According to the Centers for Disease Control and Prevention (CDC), 7.2 million Americans suffer from waterborne illnesses each year due to contaminated water supply. At least 600,000 Americans are forced to make emergency room visits and an estimated 6,630 individuals die from these illnesses. This creates an estimated $3.3 billion in annual health care costs.

Heavy metal, fecal bacteria, and nuclides are some of the contaminants that can harm human health.

Are you at risk? The answer might prove difficult to determine.

The EPA’s Safe Drinking Water Information System tracks water contamination levels. The database allows the public to search in their area, view a historical list of water quality violations, and learn of potential long-term effects of each contaminant.

But despite many organizations and millions of Americans relying on this data, it has been almost three years since many of the records have been updated.

Some of the data also seems corrupted. EPA’s data for Florida included data for St. Tammany Parish—which is in Louisiana.

Beginning in November, my organization attempted to reach the EPA to inquire about when the agency would provide updated data. The agency’s website had out-of-date information about personnel, too, and calls went unanswered. We still haven’t heard from them.

While the EPA moves at a glacial pace, some Americans have to deal with continually unreliable water.

Florencia Ramos, a farmworker and mother living in El Rancho, California, has been purchasing clean, bottled water for her family for over a decade. “If you don’t have clean water, you have to go get some,” she says. Her water, once contaminated with high levels of nitrates, is now polluted with disinfectant byproducts.

After several years of the El Rancho community failing residents, they decided to take matters into their own hands by forming the AGUA Coalition, a regional organization dedicated to securing safe, clean water for surrounding communities. AGUA currently represents 26 impacted communities.

A Gallup Poll released in March 2017 found 63 percent of Americans are a “great deal” concerned about pollution of drinking water—the highest percentage since 2001. When given a list of six environmental threats, including air pollution and global warming, respondents overwhelmingly agreed that contamination of drinking water was their No. 1 worry.

In Texas alone, data shows over 22,000 incidents of nitrates exceeding the maximum contaminant level in tap water over the last 28 years.

In early 2020, it was discovered that high levels of toxic chemicals, also known as PFAS, were making residents of Westfield, Massachusetts, sick. Some municipal wells were taken offline while another had a $500,000 filtration system installed to bring the water quality back to government-set standards.

On this World Water Day, it’s important to remember that access to clean drinking water is a human right. The EPA cannot continue to fail the American people by allowing the unknown contaminants in tap water to remain a dangerous mystery.

Will Coggin is the Managing Director of the Center for Accountability in Science, a nonprofit organization in Washington, DC.