Illegal Immigration: A Lawless Frankenstein in the ‘Land of Is’

Will Alexander
|
Posted: Jul 05, 2018 12:01 AM
Share   Tweet
The opinions expressed by columnists are their own and do not necessarily represent the views of Townhall.com. 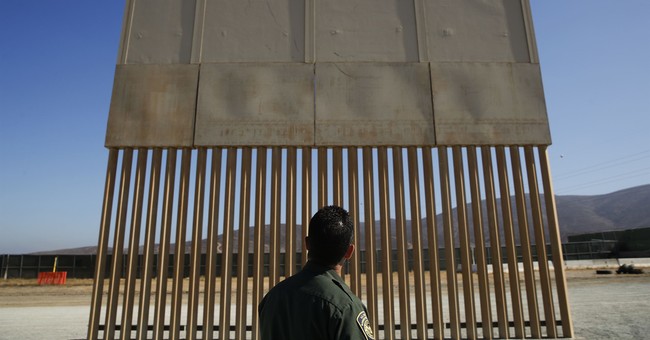 When the first bud sprouted that made light of illegal immigration a few decades ago, it was hard to be alarmed because such sentiments strayed so far from basic common sense.  “The law is the law,” we thought.  Simple.

Democrats thought so, too:

Hillary Clinton: “… I am adamantly against illegal immigration.” (2003)

Harry Reid: “If making it easy to be an illegal alien is not enough, how about offering a reward for being an illegal immigrant? No sane country would do that, right? Guess again. If you break our laws by entering this country without permission and give birth to a child, we reward that child with U.S. citizenship …” (1993)

Dianne Feinstein:  “Mexico must do its share because the day when America could be the welfare system for Mexico is gone.  We simply can’t afford it.” (1993)

Back then, illegal meant illegal.

Today, the little bud has grown legs, and it walks around the country like a stitched-up Frankenstein knocking over centuries-old legal structures.

And why do we tolerate this stiff-legged patchwork of organized lawlessness?  Three reasons: Some are afraid of it because it’s grown so large, and it’s not going away without a fight.  Others find it useful for their own agendas. And many believe that the easiest way out is to tame it into something respectable.

America’s Frankenstein is not a person, but a dangerously misguided idea: That we can openly defy explicit federal law for decades without letting loose a world of other institutional monsters. We’ve seen much of the mayhem being played out on TV already, all of it in support of openly defying explicit federal law.

But ladies and gentlemen, pay no attention to the scary faces on the big screen that tell you that illegal is other than what it really is.  Today’s media operates in a “Land of Is” where those who hide behind the curtains of ulterior motives pull at the levers of twisted language to confuse Americans on what the real meaning of is, is.

In the Land of Is, tough border enforcement is “terrorism”; a young criminal is a “justice-involved youth”; terrorism is a “man-caused disaster”; a tax cut is a “giveaway to the rich”; big government spending is an “investment”; a tax penalty is a “shared responsibility payment”; a conservative is “far right”; gradual socialism is “progress”; and an illegal alien is an “undocumented immigrant.”

But in real life, illegal is still illegal.

No matter how compassionate you may be about your sick grandmother, you will go to jail if you rob a bank to get money for medical care.  If she’s an accomplice, she’ll go to jail, too.

No matter how loudly your starving children cry for food and shelter, if you break into someone’s home to steal food and take over the house, you’ll go to jail – without your children.

This is how we deal with “good” lawbreakers in desperate situations in real life. And it’s the only way we’ll solve this stubborn Frankenstein problem for good.  The problem will never be solved by renaming it Frankie, clothing it in patriotism, and splattering its face with cheap rhetorical cologne.

Today, we’re sitting on an institutional powder keg when organized mobs, illegals, lawmakers, activist journalists, and a hodgepodge of Trump-haters openly, loudly and consistently defy explicit federal law with no fear of repercussions.

The untold billions we’ve spent over the years has amounted to putting lipstick on a pig.   We’ve drenched the airwaves with decades of media coverage.  Elected leaders, who swore to uphold the law, have broken countless promises to citizens who break their backs to pay their taxes, only to have them lavished on the unnecessary burdens of illegal immigration.  And we’ve had to listen to billions of empty words with the most soaring patriotic rhetoric about the virtues of immigration, which have absolutely nothing to do with illegal immigration.  After all of this, the pig is still a pig, and it stinks to high heaven.

Abraham Lincoln, in 1837, gave a speech in Illinois after he was struck with horror over the widespread lawlessness infecting the country at the time.  He called it mob law, or mobocracy.  In that speech, he had a warning and a remedy.

The warning: “At what point then is the approach of danger to be expected?  I answer, if it ever reach us it must spring up amongst us; … If destruction be our lot, we must ourselves be its author and finisher.  As a nation of freemen, we must live through all time, or die by suicide. … I mean the increasing disregard for law which pervades the country, … (where) the lawless in spirit is encouraged to become lawless in practice … Whenever this effect shall be produced among us; whenever the vicious portion of population shall be permitted to gather in bands of hundreds and thousands, and burn churches, ravage and rob provision-stores … depend on it, this government cannot last.”

The remedy: “How shall we fortify against it? The answer is simple.  Let every American, every lover of liberty, every well-wisher to his posterity swear by the blood of the Revolution never to violate in the least particular the laws of the country, and never to tolerate their violation by others. … bad laws, if they exist, should be repealed as soon as possible, still, while they continue in force …  they should be religiously observed.”

Lincoln had another warning in that speech. “Good men” – those who work hard, love tranquility, are quick to obey the laws, and would die to defend their country – would not remain silent under the burdens of lawlessness forever.

“…seeing their property destroyed, their families insulted, and their lives endangered … and seeing nothing in prospect that forebodes a change for the better, (they) become tired of and disgusted with a government that offers them no protection, and are not much averse to a change in which they imagine they have nothing to lose.”

Today, all that good men and women are asking the people they elected to do, when it comes to illegal immigration, is to honor their oath:  Make good laws and enforce them.  Forget the politics, and let the critics fuss over the optics.