Wayne Allyn Root
|
Posted: Jul 28, 2019 12:01 AM
Share   Tweet
The opinions expressed by columnists are their own and do not necessarily represent the views of Townhall.com. 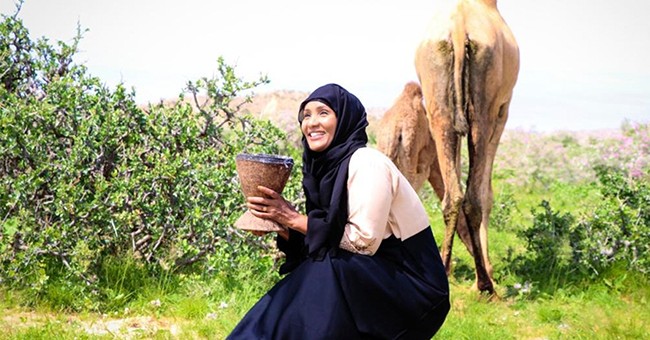 I've long argued that Democrats aren't just radical, extreme and crazy but dangerous, too. They are a danger to themselves and to the rest of us. Their obsession with open borders is going to get us killed.

I wrote recently about an undocumented immigrant in Oregon who raped a small dog to death. The liberal Democrats of Oregon -- a sanctuary state -- are so obsessed with doing anything and everything to help undocumented immigrant criminals, they refused to turn this dog rapist and murderer over to U.S. Immigration and Customs Enforcement. They let him walk right out the front door of the courthouse, after being found guilty of raping and murdering a little dog. I recommended to President Donald Trump that this dog rapist and murderer, Fidel Lopez, become "the Willie Horton of 2020" -- the star of Trump's re-election TV ads.

Except I've found a new Willie Horton. It seems like liberals produce a new one every day. But this one stands out, just like the dog rapist and murderer.

"Willie Horton, Part Deux" is Hodan Nalayeh, a Muslim journalist and a big fan of Ilhan Omar, the Muslim-Somali congresswoman from Minnesota who can't stop attacking, denigrating and spewing hate speech at America, 9/11, Jews and Israel.

Omar is so obsessed with Jew-hatred, she raged against Jews and Israel even louder after our president called her out for being a radical, extreme Jew-hater. Omar immediately put out a House bill to make it legal to boycott Israel and compared Jews to Nazis, the Soviet Union and South African apartheid.

So, Nalayeh traveled to Somalia, birthplace of Ilhan Omar, to conduct interviews and film videos. She spent two weeks tweeting out how wonderful Somalia was.

Muslim terrorists burst into her hotel and murdered 26 people including Nalayeh, her husband and her unborn child.

Somalia isn't a nice place. We should not be in a hurry to let people from violent, terror-filled countries into the U.S. We have to be choosy who we let in our country.

Nalayeh's death is Exhibit A for the need for caution, extreme vetting and a very big wall.

Nalayeh's story proves liberal Democrats are a danger to themselves and the rest of us. Their crazy ignorance could get us all killed.

Share this on Facebook
Tweet
She's at It Again: Gov. Whitmer Caught Maskless at DC Bar in Violation of Mandates
Landon Mion
FDA Panel Member: 'We're Never Gonna Learn About How Safe The Vaccine Is Until We Start Giving It'
Scott Morefield
Loudoun County Requires Parents to Sign NDA-Like Form to View CRT-Style Curriculum
Landon Mion
Total Fiasco: Armorer on Set of Alec Baldwin Movie Had Doubts About Her Abilities
Matt Vespa
Loudoun County: When You Cover Up Alleged Rapes...You Can Expect These Sorts of Things to Happen
Matt Vespa