The Advice That Clinches Presidency for Donald Trump

Wayne Allyn Root
|
Posted: Feb 12, 2016 12:01 AM
Share   Tweet
The opinions expressed by columnists are their own and do not necessarily represent the views of Townhall.com. 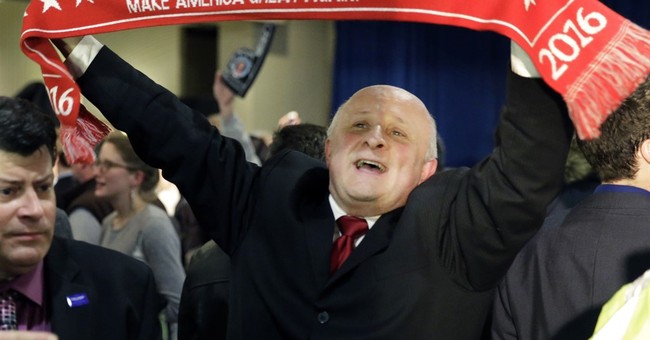 I was the first in America to extol the chances of a Trump presidency way back in the Spring of 2015.

By July I already saw a clear path to the Presidency for a politically-incorrect, tell-it-like-it-is, billionaire businessman with a nuclear mouth.

I was the first to compare Trump to Ronald Reagan.

While Democrats were publicly ridiculing Trump as a "racist" and clown...and major advertisers and business partners were running away from him, I was the first to understand Trump was the one candidate Democrats feared and had to stop at all costs.

Now my vision of a President Donald Trump is becoming a reality. New Hampshire wasn’t just a big victory. It was a coronation. The sun came up and shined a light on a clear path to the Presidency for Trump. Who is it that can now beat Trump for the GOP nomination? Name that person? Ted Cruz? Cruz was a distant third in New Hampshire. He's trailing by double digits in both South Carolina and my home state of Nevada.

I can only think of one person at this moment standing in the way of Donald Trump: Hillary Clinton.

Here's my advice to Donald.

Now it’s time for Donald use that remarkable talent for branding...to destroy Hillary. Now...before she ever gains momentum. Now she is at her weakest. The walls are closing in on Hillary. It's the perfect time to finish the job. Hit her now while she's wounded and she never recovers. It's game, set, match.

Here’s what Trump has to say moving forward when the media asks him About Hillary:

“I’m no longer commenting on Hillary. I’ll be shocked if she’s my opponent. She’s a criminal. She’ll be under indictment soon. Did you really study what she did? The illegal emails. The national secrets of our country on a server in her bathroom closet? The bribes at The Clinton Foundation. The lies of Benghazi right to the face of the parents of dead soldiers. She’s a mess. She’s going to be indicted. She’s not headed to the White House. She’s headed to the Big House. So I am preparing for Bernie, or a last minute replacement like Joe Biden as my opponent. Hillary is no longer viable- unless she’s saved by a corrupt political fix.”

Say that…publicly…day and night. Brand Hillary as a criminal. Make her middle name Hillary "soon to be indicted" Clinton. And like Jeb, Ben and Ted…she’s done. History. Yesterday’s news.

There are only two possible outcomes for Hillary. Either she is indicted- in which case Donald looks like a genius. He can say, “I told you so.” Trump is the next president.

Or Hillary isn’t indicted because Obama and the DOJ refuse to accept the FBI’s recommendation to indict. At this point she is a mortally wounded sitting duck. Trump has branded her a criminal. He’s even planted the seed that "the fix" was in. She was only saved by a corrupt president playing politics to save his own reputation. The stench hanging over Hillary's dead candidacy is even worse than being indicted and dropping out. She is crippled. She’ll never recover.

Hillary loses to Trump, or is so crippled she loses the nomination to Bernie Sanders. Or the Democrats are forced to save their ticket with a last minute replacement: Joe Biden.