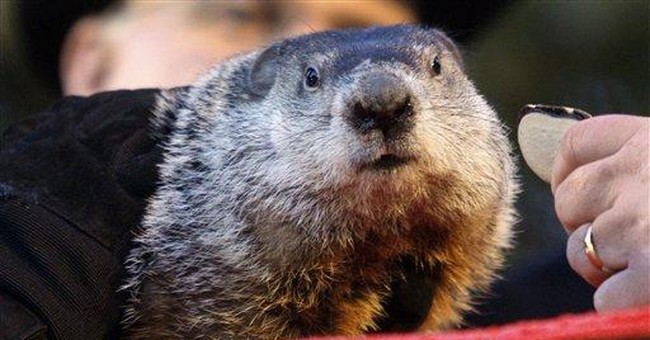 Have you seen the latest economic indicators? I mean the ones not manipulated by the Obama administration or the mainstream media. Wall Street may be flying high, but on Main Street it looks more like Detroit every day.

If you think Obama has solutions to turn it around, I've got a bridge to sell you...in Detroit. The biggest city to ever go bankrupt, Detroit, has been run by Democrats since 1962. That's over half a century of 100% Democrat rule, using the exact same policies as Obama. The city is now in ruins. Detroit leads the nation in illiteracy, welfare, food stamps, violent crime, murder, abandoned properties, and broken street lights.

The city of Detroit’s downfall is built around five core ideas: never-ending spending, unlimited entitlements, the most government employees per capita of any city in America, monstrous debt, and the highest property taxes in America. But wait, isn’t that Obama’s exact prescription for the nation? High taxes, more spending, more entitlements, more debt, and more government employees. Bingo.

Help isn’t coming folks. The cavalry isn’t riding in to "save" us. They are coming to destroy us. The reason Obama feels are pain is that he is the one causing it.

Detroit is certainly the future of America under Obama. It’s the exact same policies. We are experiencing Groundhog Day- doing the same stupid things, and expecting a different result.

Detroit proves that Obama isn't just on the wrong track, he has derailed the train. But if Detroit isn't your cup of tea, let's take a peek at the carnage in Europe. The EU is in the middle of a Great Depression. Countries like Spain, Portugal, Italy, France, Greece and Cyprus face total disaster. Their economies are ruined for generations to come. Former white collar bankers are living in tents and dumpster diving for food. Citizens are cutting down trees in the forest to provide heat because their electricity has been turned off.

You might say, "But we aren't Europe." Well you're right. We're worse. America under Obama now has more debt than every country in the European Union- combined. Our country has more government debt than any country in the history of the world. This is just another case of Groundhog Day. Obama's policies are the same ones that brought the EU to its knees. Why would we expect a different result?

In my latest national bestseller, “The Ultimate Obama Survival Guide” I listed hundreds of statistics proving that the U.S. economy was headed for total collapse. But that was all written months ago. Unfortunately, the worst was yet to come. How about an update?

The results are in. The picture is grim. Here are some frightening economic numbers to think about the next time the lying, manipulating, mainstream media tells you that we are in “recovery.”

First, almost 50% of Americans have less than $500 in savings. Not surprisingly 1 out of 3 residents of Obama’s home state of Illinois live in poverty. A mind numbing 4 of 5 Americans are either experiencing poverty, foreclosure or welfare, or will in their lifetime. Four out of five. Say goodbye to the myth of the American Dream. It’s only a nightmare now.

Ditto for the American middle class. Obama has massacred them. Our middle class now ranks 27th in the world. I’ve argued from day one that Obama’s goal was to create a 2-class society. The two classes are the super rich (who are beholden to Obama for corporate welfare, bailouts, and government contracts), and the poor (who are beholden to Obama for checks to survive). Look no further than the new immigration bill to see the final destruction of middle class wages.

More grim news just in: Auto sales are collapsing. Construction jobs are falling off a cliff. And U.S. factory orders just suffered the biggest drop in a year.

What about jobs? Isn’t that picture getting rosier by the minute? Well actually, no.Let’s analyze the REAL numbers. Since the start of 2013 we’ve gained 953,000 jobs, but amazingly 731,000 of them are crummy low-wage PART-TIME jobs. That's means almost 80% of the jobs created in Obama's America are part-time jobs that won’t pay the bills of an average middle class lifestyle.

High quality jobs under Obama they are losing out by 10 to 1 versus crummy low-paying jobs. Facts don’t lie: So far this year over 246,000 low-paying waiter or bartender jobs have been added to the U.S. economy, versus only 24,000 high-paying manufacturing jobs.

How bad is it?

The Obama administration just hired a company to promote Obamacare over the phone to Americans. Guess what? Even those jobs are part-time, with no health insurance!

The Head of the IRS just testified in front of Congress that he’d rather keep his own health insurance, rather than switch to Obamacare. The IRS is in charge of Obamacare, and even they don’t want any part of it.

We face disaster. And the solutions that Obama claims will "save" us are proven to lead to economic collapse. We are living the real-life Groundhog Day.