Obama and the S-Word 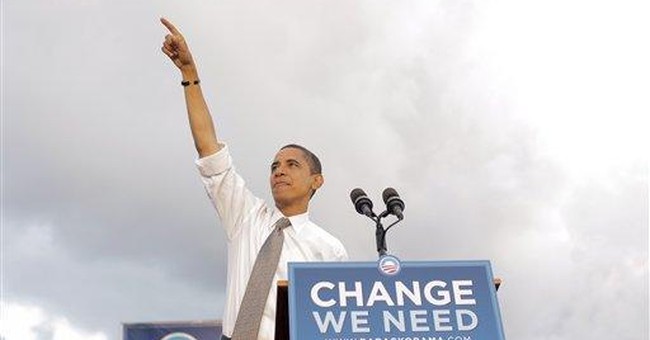 Recently, at a campaign stop, Joe Wurzelbacher, a plumber from Toledo, Ohio, asked Barack Obama if the candidate's tax plan would raise taxes. Senator Obama replied, "It's not that I want to punish your success. I just want to make sure that everybody that is behind you, that they have a chance for success too." Obama added, "I think when you spread the wealth around, it's good for everybody."

Surely, now it must be time to talk openly about the S-word - socialism.

What do the Democratic Socialists of America believe? According to their by-laws, they

...share a vision of a humane social order based on popular control of resources and production, economic planning, equitable distribution, feminism, racial equality and non-oppressive relationships.

Surely, we can all agree with the values of racial and gender equality and non-oppressive relationships. Free market adherents believe in those principles as well. However, one may now see the intellectual foundation for Barack Obama's answer to Mr. Wurzelbacher. Re-distributing wealth is part and parcel of the Obama tax plan. He just didn't use the S-word.

And why not? Despite periodic, and hopefully temporary, interventions in free markets, (such as is occurring in the financial sector), most Americans do not want to live in a socialist nation. We value the kinds of personal and economic freedoms inherent in a free market economy.

When the productive plumber protests that his tax burden will increase, Obama intuits the problem inherent in "equitable distribution." He says to the questioner, "It's not that I want to punish your success..." However, punished success is just the mischief that successful Americans fear. Obama's desire to "spread the wealth around" may not come with malevolent intent, but to be sure, policies such as are advocated by the Democratic Socialists may result in inhibitions of initiative and innovation.

Rudolph Penner recently said on a C-Span call-in show that capitalism isn't perfect but it is better than the alternatives. Indeed, many have suggested that the current mortgage mess derives from well-intended attempts to spread the wealth around. In unraveling the causes of the housing bust, one finds multiple targets of blame. However, it seems clear that government policies which encouraged home ownership beyond a borrower's means were part of the chaos. In light of the federal government's inability to manage markets, it is a fair question to ask: Do we need more central planning or less?

Whatever your view of economic policy, shouldn't we have a public conversation about wealth re-distribution, and popular control of production and resources? The debates have been a profound disappointment in this regard.

I think the onus falls on the mainstream media to broach the S-word in questions to Mr. Obama about economic philosophy and policy. Mr. Obama, what did you mean when you talked about punishing success and spreading the wealth around? Is a move toward socialism in your vision for the nation, Mr. Obama?

I fear many Americans enamored with Mr. Obama's ability to revive the economy may be surprised that he intends instead to remake it.