Walter E. Williams
|
Posted: Jan 18, 2017 12:01 AM
Share   Tweet
The opinions expressed by columnists are their own and do not necessarily represent the views of Townhall.com. 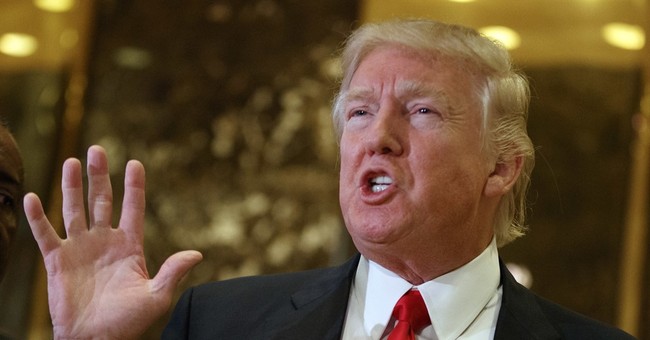 President-elect Donald Trump's threats against American companies looking to relocate in foreign countries have won favorable review from many quarters. Support comes from those alarmed about trade deficits, those who want a "level playing field" and those who call for "free trade but fair trade," whatever that means.

Some American companies relocate in foreign lands because costs are lower and hence their profits are higher. Lower labor costs are not the only reason companies move to other countries.

Life Savers, a candy manufacturing company, was based in Holland, Michigan, for decades. In 2002, it moved to Montreal. It didn't move because Canada had lower wages. Canadian wages are similar to ours. The mayor of Holland offered Kraft, the parent company of Life Savers, a 15-year tax break worth $25 million to stay. But Kraft's CEO said it would save $90 million over the same period because sugar was less expensive in Canada. Congress can play favorites with U.S. sugar producers by keeping foreign sugar out, enabling them to charge higher sugar prices, earn higher profits and pay their employees higher wages. Our Congress has no power to force the Canadian Parliament to impose similar sugar import restrictions.

Trump's threats to impose high tariffs on the products of companies that leave ought to be a worry for us -- namely, whether we are going to have another president who flouts the U.S. Constitution. Here's how Article 1, Section 7 of our Constitution reads: "All Bills for raising Revenue shall originate in the House of Representatives; but the Senate may propose or concur with Amendments as on other Bills." President Barack Obama has circumvented the Constitution and Congress through executive orders. His success in doing so has put too much power in the hands of the executive branch. One wonders whether Trump plans to broaden that power by implementing trade tariffs through executive order.

In early December, Masayoshi Son, CEO of SoftBank, a Japanese telecommunications company, pledged, after meeting with Trump, to invest $50 billion in the United States, a move that would create 50,000 jobs. I wonder whether Trump would support Japanese domestic interests that might want to prevent so many jobs from moving away from Japan. A few weeks ago, when it was announced that Peter Navarro was appointed to lead the new White House National Trade Council, Trump said Navarro will work to "shrink our trade deficit." Yet more foreign investment would put upward pressure on America's trade deficit.

Some Americans support trade restrictions because they think there is a problem with having a trade deficit, i.e., buying more from foreigners than they buy from us. But when foreigners sell us goods and take home U.S. dollars, what do they do with those dollars? The answer to that question lies in the fact that ultimately, dollars are only good in the U.S. They can go from country to country, but they sooner or later wind up in the U.S. as claims on what we produce.

By the way, all trade is fair in the eyes of the parties trading, or else they would not trade. It's third parties who seek to interfere.