Walter E. Williams
|
Posted: Dec 07, 2016 12:01 AM
Share   Tweet
The opinions expressed by columnists are their own and do not necessarily represent the views of Townhall.com. 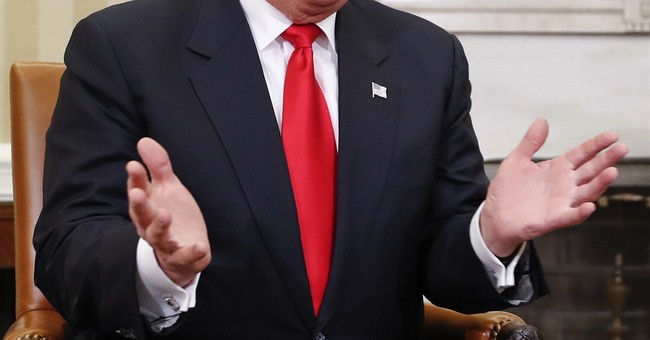 Trending
It is alleged that Hillary Clinton won a popular vote majority. Therefore, if the nation were not burdened with the antiquated Electoral College, anguished and freaked-out Americans whine, she, instead of Donald Trump, would be the next president of the United States. You say, "Hold it. Before you go further, Williams, what do you mean it is alleged that Clinton received most of the popular vote? It's a fact." I say "alleged" because according to Gregg Phillips of True the Vote, an estimated 3 million noncitizens voted. Presumably, those votes went to Clinton.

In 2000, Al Gore won the popular vote just as Hillary Clinton allegedly did. Such outcomes have led to calls to abandon the Constitution's Article 2 provision for the state electors to select presidents. Despite the fact that the system has served us well for over 200 years, many Americans now call for its abandonment in favor of electing presidents by popular vote. Before we abandon the Electoral College, let's consider the function it performs.

According to 2013 census data, nine states -- California, Texas, New York, Florida, Illinois, Pennsylvania, Ohio, Georgia and Michigan -- have populations that total roughly 160 million, slightly more than half the U.S. population. It is conceivable that just nine states could determine the presidency in a popular vote. The Electoral College gives states with small populations a measure of protection against domination by states with large populations. It levels the political playing field a bit. For example, California is our most populous state, with about 39 million people. Wyoming is our least populated state, with about 600,000 people. California's population is about 66 times larger than Wyoming's. California has 55 electoral votes, and Wyoming has three. Thus, in terms of electoral votes, California's influence is only 18 times that of Wyoming. Even though our nine high-population states have a total of 241 electoral votes, a candidate needs 270 to win the presidency. That forces presidential candidates to campaign in thinly populated states and respect the wishes of the people there.

The Founding Fathers held a deep abhorrence for democracy and majority rule. In fact, the word democracy appears nowhere in the Declaration of Independence or the Constitution. In Federalist No. 10, James Madison wrote, "Measures are too often decided, not according to the rules of justice and the rights of the minor party, but by the superior force of an interested and overbearing majority." John Adams predicted, "Remember, democracy never lasts long. It soon wastes, exhausts and murders itself. There never was a democracy yet that did not commit suicide." Edmund Randolph said, "That in tracing these evils to their origin, every man had found it in the turbulence and follies of democracy." Chief Justice John Marshall observed, "Between a balanced republic and a democracy, the difference is like that between order and chaos."

Throughout our Constitution are impediments to the tyranny of majority rule. Two houses of Congress pose one obstacle to majority rule. Fifty-one senators can block the wishes of 435 representatives and 49 senators. The president can veto the wishes of 535 members of Congress. It takes two-thirds of both houses of Congress to override a presidential veto. To change the Constitution, an amendment must be proposed, which requires not a majority but a two-thirds vote of both houses, and enacted, which requires ratification by three-fourths of state legislatures. Finally, the Electoral College is yet another measure that thwarts majority rule.

Despite a public consensus on the issue -- resulting from miseducation -- there's nothing just or fair about majority rule. In fact, one of the primary dangers of majority rule is that it confers an aura of legitimacy and respectability to acts that would otherwise be deemed tyrannical. Think about it. How many decisions in your life would you like made through majority rule? What about what car we purchase, where we live and whether we should have ham or turkey for Thanksgiving dinner? I am sure you would deem it tyranny if these decisions were made by a majority vote.