Rules of the Game

Walter E. Williams
|
Posted: Nov 07, 2016 9:34 AM
Share   Tweet
The opinions expressed by columnists are their own and do not necessarily represent the views of Townhall.com. 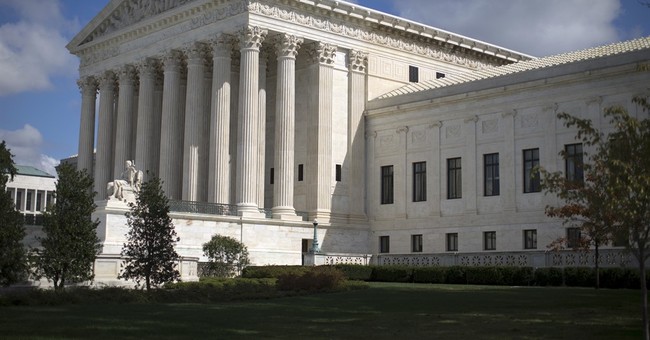 The underpinnings of a decent society are neutral laws -- laws that favor no particular individual or group -- and the impartial enforcement of those laws. The U.S. Supreme Court's job is to ensure the impartial enforcement of our laws. But our two presidential candidates differ in their visions of court appointees. Hillary Clinton says that she would "look broadly and widely for people who represent the diversity of our country" and that "we need a Supreme Court that will stand up on behalf of women's rights (and) on behalf of the rights of the LGBT community." In contrast, Donald Trump says, "I will appoint justices who, like Justice (Antonin) Scalia, will protect our liberty with the highest regard for the Constitution." Limited government and rule of law are conflict-reducing, whereas diversity-oriented justices who stand up for the rights of particular individuals are conflict-enhancing. Let's look at a simple example of the benefit of neutral rules and their impartial! enforcement.

Football teams spend four quarters battling each other. After the conflict, players and coaches shake hands and often hug one another. Their competitive struggle ends peacefully, as well as on friendly terms, because the referees, whom we can think of as justices, enforce neutral rules impartially. There would be a different outcome if referees exercised compassion instead of impartial rule enforcement. Let's be specific.

On Nov. 20, the Pittsburgh Steelers and the Cleveland Browns will play. So far this season, the Browns have not won a single game; their record is 0-9. On top of this sad record, the Browns have not had a winning season since 2007. By contrast, the Steelers haven't had a losing season since 2003. In anyone's book, this is a gross disparity. On Nov. 20, should the referees have the empathy to understand what it's like to be a perennial loser? What would you think of a referee whose decisions are guided by empathy? Let's be explicit.
In the name of compensatory justice, referees might stringently apply pass interference or roughing the passer violations against the Steelers and apply the rules less stringently against the Browns. Another question is: Would you support a referee who refuses to make defensive pass interference calls because he thinks it's a silly rule? You'd probably remind him that the league makes the rules, not referees. Most people would agree that football justice requires that referees apply the rules blindly and independent of the records or any other characteristic of the two teams. They would also agree that referees should impartially apply the rules of the game even if they personally disagree with some of the rules.

If referees exercised compassion, football games would not end so peaceably. Losing coaches and players would not feel a need to go back to the drawing board and figure out how they could improve themselves. Instead, they would focus their energies on choosing sympathetic referees.

The essence of a Supreme Court justice's job is just like that of a referee -- namely, impartially enforcing the U.S. Constitution, our rules of the game. The status of a person appearing before the court should have absolutely nothing to do with the rendering of a decision. That's why Lady Justice, often appearing on court buildings, is shown wearing a blindfold. It's to indicate that justice should be meted out impartially, regardless of identity, power or weakness. Also, as Justice Oliver Wendell Holmes said, "men should know the rules by which the game is played. Doubt as to the value of some of those rules is no sufficient reason why they should not be followed by the courts." In other words, the legislative branch makes the rules, not judges. True justice must be settled by process questions, such as: Were the rules unbiased and evenly applied? If so, any outcome of the game of life is just. Decisions based upon empathy would make it unjust.