Walter E. Williams
|
Posted: Aug 24, 2016 12:01 AM
Share   Tweet
The opinions expressed by columnists are their own and do not necessarily represent the views of Townhall.com. 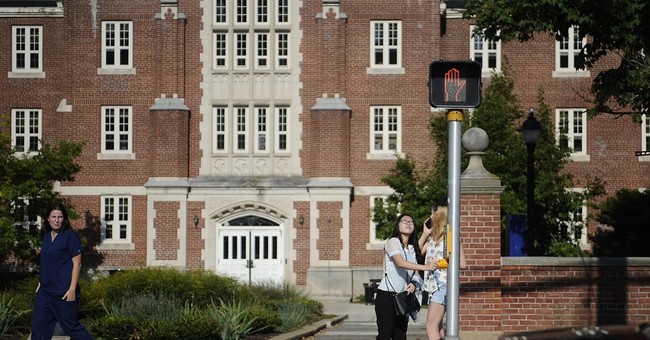 As the fall semester begins, parents, students, taxpayers and donors should be made aware of official college practices that should disgust us all.

Hampshire College will offer some of its students what the school euphemistically calls "identity-based housing." That's segregated housing for students who -- because of their race, culture, gender or sexual orientation -- have "historically experienced oppression." I'd bet the rent money that Hampshire College will not offer Jewish, Irish, Polish, Chinese or Catholic students segregated housing. Because there is no group of people who have not faced oppression, Hampshire College is guilty of religious and ethnic discrimination in its housing segregation policy.

University of Connecticut administrators think that more black men will graduate if they spend more time together. According to Campus Reform, they are building a new residence hall to facilitate just that. Dr. Erik Hines, the faculty director for the program, said that the learning community "is a space for African-American men to ... come together and validate their experiences that they may have on campus. ... It's also a space where they can have conversation and also talk with individuals who come from the same background who share the same experience." By the way, Hampshire College and the University of Connecticut are not alone in promoting racially segregated student housing.

Then there's an effort for racial segregation in classes. Moraine Valley Community College attempted it in a class titled "College: Changes, Challenges, Choices." It mandated that some class sections be "limited to African-American students." The college defended racially segregated classes by saying that they make students "feel comfortable." After facing massive national notoriety, the college just recently abandoned its racial segregation agenda.

Suppose a student at Ripon College enrolls in a chemistry, math or economics class. What do you think ought to be the subject matter? Zachariah Messitte, Ripon's president, who is also a professor in the politics and government department, has encouraged fellow professors to disparage Donald Trump, arguing that it's "fine" for professors to "acknowledge Trump's narrow-minded rhetoric" in class, suggesting that Trump's "bigotry" is a valid topic for most any course.

For professors to use their classes to proselytize students -- and for a college president to urge it -- is gross academic dishonesty. I've been a college professor for nearly a half-century. I challenge anyone to find a student who can say that anything other than microeconomic theory, with a bit of physics and biology thrown in now and then for good measure, was discussed in my class.

That these and other nonsense classes exist may reflect several things. There is the notion of shared educational governance, wherein presidents and boards of trustees have little say-so about what passes for college education. The faculty runs the show. Students may be academic cripples and require such nonsense. Those are the most optimistic assessments. Or such academic nonsense may indeed reflect that presidents, academic administrators, faculty members and students actually believe that such classes have academic merit.

College administrators like to keep campus barbarism under wraps. One of the best means to throttle their hideous agenda is for students to use their electronic devices to expose it to public scrutiny.