Walter E. Williams
|
Posted: May 18, 2016 12:01 AM
Share   Tweet
The opinions expressed by columnists are their own and do not necessarily represent the views of Townhall.com. 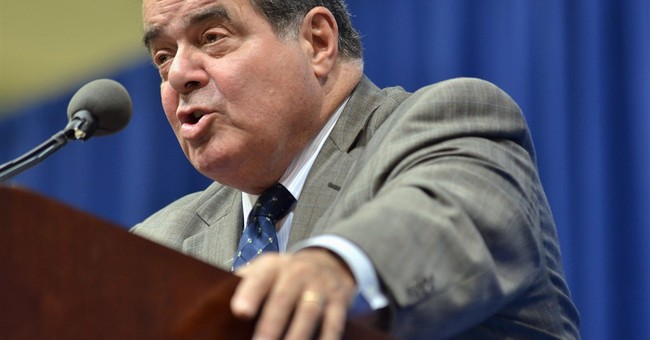 George Mason University School of Law has just been renamed the Antonin Scalia School of Law in honor of the late Supreme Court Justice Antonin Scalia. Accompanying the name change was a receipt of a $30 million gift: $10 million from the Charles Koch Foundation and $20 million from an anonymous donor. The combination of the names of Scalia and Koch has led to a number of George Mason University faculty getting their panties in a bunch -- and understandably so. Let's look at it.

Justice Antonin Scalia had a reputation on the court and in his written opinions as a person who revered the U.S. Constitution and the limits it places on the federal government. Many of my George Mason University colleagues have contempt for the U.S. Constitution and the limitations it sought to impose on the federal government. These are people who believe that it's OK for the U.S. Congress to forcibly use one American to serve the purposes of another American. That means people, such as Scalia, who respect the Constitution are a despised minority.

Then there is the panty-bunching effect of the generous contribution made by the Charles Koch Foundation. In the interest of full disclosure, Charles Koch and I have shared a personal friendship for over 30 years. Charles Koch is a person with a long history of being a lover of liberty. When one is a lover of liberty, he will see government's primary function as being a protector of liberty. The economic system most consistent with personal liberty is a free market system where individuals have the right to engage in peaceable, voluntary exchange. Government's primary function is to protect persons and their property and prevent fraud, theft and the initiation of violence. Such a limited government and free market vision is offensive to most of my colleagues, whether they own up to it or not, and that in turn makes any affiliation with the Charles Koch Foundation offensive.

The George Mason University faculty senate has voiced several specific issues with Scalia's name being attached to the law school. Among those issues, they charge Scalia with having made offensive comments about various groups, including people of color, women and LGBTQ individuals. This is simply a charge that Scalia was not politically correct.

They charge the justice with being "a significant contributor to the polarized climate in this country that runs counter to the values of a university that celebrates civil discourse." That's nonsense, but I wonder whether they will make the same charge if there comes a time to name a building or program after President Barack Obama, whom the Gallup Poll listed as one of the most polarizing presidents in U.S. history.

Another part of the faculty senate's resolution claims that naming the law school in honor of Scalia will lead to "reinforcement of the external branding of the university as a conservative institution rather than an unaligned body that is a comfortable home for individuals with a variety of viewpoints." This is hogwash! Liberals have a stranglehold on most universities in the country. Survey after survey has shown that up to 90-plus percent of faculty political contributions have gone to Democrats. I would bet the rent money that at least 80 percent or more of my GMU colleagues are registered Democrats.

As I have advised on numerous occasions, George Mason University erroneously earns a reputation as a conservative university because of its most distinguished and internationally known liberty-oriented economics department, which can boast of two homegrown Nobel laureates, as well as its distinguished law school. The rest of the university is just like most other universities -- liberal democrat dominated. The chief difference between my GMU colleagues and liberals at some other universities is that they are polite, respectful and congenial, unlike what one would find at places like UC Berkeley or University of Massachusetts. Also unique to GMU is a president who chose not to cave in to faculty pressure to not honor Justice Antonin Scalia.