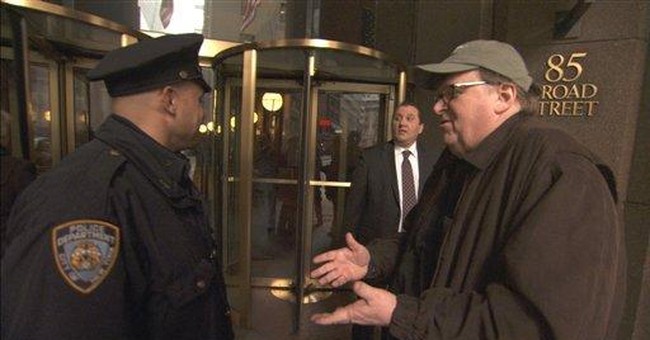 Michael Moore's new film, "Capitalism: A Love Story" will be released next month. I've neither seen nor read reviews of the film, except for a short piece in the London Telegraph (9/6/09) titled "Michael Moore film calls capitalism evil." Aware of Michael Moore's previous films, I know that it will be at best a misleading story about capitalism. So let's do some defensive mental preparation, not about the film but what is and what is not capitalism.

Capitalism is an economic system characterized by private ownership and control over the means of production. The distribution of goods and services and their prices are mainly determined by competition in a free market. Under such a system the primary job of government is to protect private property, enforce contracts and ensure rule of law.

There has never been a pure free market capitalistic system just as there has never been a pure communist or socialist system, where there is government ownership of the means of production and each individual has equal access to society's resources. However, we can rank economies as to whether they are closer to capitalism or closer to communism or socialism. If one ranked countries according to whether they were closer to the capitalistic end of the spectrum or the socialistic or communistic end, then ranked countries according to per capita GDP and finally rank countries according to Freedom House's "Map of Freedom in the World," he would find a pattern that is by no means a coincidence. The people in those countries closer to the capitalist end of the economic spectrum have far greater income and enjoy greater human rights protections than those toward the socialist and communist end.

According to the London Telegraph article, Moore's film features priests who say capitalism is anti-Christian by failing to protect the poor. This is pure nonsense and revealed as such by asking, "If you're an unborn spirit, condemned by God to a life of poverty but allowed to choose the country in which to be poor, would you choose a country near the communist end of the economic spectrum or the capitalist end?" If you chose the United States, you'd find that according to the government surveys, the typical "poor" American has cable or satellite TV, two color TVs, and a DVD player or VCR. He has air conditioning, a car, a microwave, a refrigerator, a stove, and a clothes washer and dryer, and whether he has health insurance or not, he is able to obtain medical care when needed. Try to find that in Cuba, Russia, China or North Korea. If we buy into the nonsense of Moore's priests, the world's poor people are incredibly stupid. Whether fleeing legally or illegally, their destination country is likely to be closer to capitalism than their departure country.

Most of our country's serious problems can be laid at the feet of Congress and the White House and not at capitalism. Take the financial crisis. One-third of the $15 trillion of mortgages in existence in 2008 are owned, or securitized by Fannie Mae, Freddie Mac, Ginnie Mae, the Federal Housing and the Veterans Administration. Banks didn't mind making risky loans and Wall Street buyers didn't mind buying these repackaged loans because they assumed that they would be guaranteed by the federal government: read bailout by taxpayers. Under a capitalist system, financial institutions would not have been intimidated or encouraged into making risky loans and neither would they have been bailed out if they did so.

Social Security, Medicare and its coverage of prescription drugs have an unfunded liability that exceeds $100 trillion. When those roosters come home to roost, they will make the financial meltdown we've been though look like child's play.

Not withstanding all of the demagoguery, it is capitalism not socialism is that made us a great country and its socialism that will be our undoing.