Will Britain Ride Brexit to Use Fossil Fuels Despite Climate-Change Pressures?

Vijay Jayaraj
|
Posted: Dec 18, 2019 12:01 AM
Share   Tweet
The opinions expressed by columnists are their own and do not necessarily represent the views of Townhall.com. 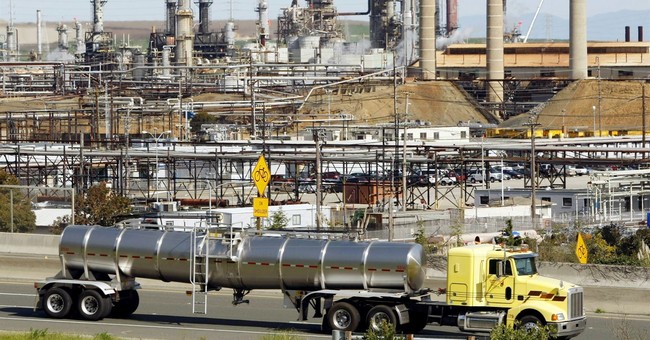 While the news about Brexit is dominating headlines, Britain is still seeking to secure its energy future through an increased reliance on fossil fuels.

Last week’s general election in Britain saw the Conservative party (also known as Tories) win by a record margin. The election results were a clear go-ahead for Brexit.

A Brexit in early 2020 will likely result in increased energy trade with major fossil fuel producers. Brexit or not, the energy sector continues to remain the backbone of Britain, fueling its industries and giving energy access to millions of households.

Earlier this year, news media claimed that “Britain is ending its coal addiction.” That was partly correct, as the country’s reliance on coal for electricity dropped from 40 percent to 5 percent in the last 6 years.

But the country continues to use fossil fuel. In November, the country’s first deep coal mining project opened after approval from the government. The new coal mine in Cumbria is expected to generate 500 jobs and provide quality coal for the country’s thermal power plants.

Last month, Britain’s Liquified Natural Gas (LNG) terminal set the record for the highest ever natural gas export in a single day from any European LNG terminal. The increased production was credited to the rising demand in the commercial energy market.

The renewed interest in fossil fuels makes the UK the newest country to defy the primary goals of the Paris climate agreement. In what was a big blow to the Paris agreement, the U.S. announced its pull-out from in 2017, and it initiated the formal steps in November 2019.

The UK’s intention to hold on to fossil fuels is not surprising. All major developed European economies failed to fulfill their Paris climate commitments of reducing greenhouse gas emissions from the fossil fuel sector.

Even during the recently concluded UN climate summit in Madrid, the developed nations of Europe and the West failed to come to any major agreement on reducing their emissions. Nor did the member states elaborate on how they would finance the Green they promised to developing countries.

The UK has no reason to act any different than its European neighbors, none of whom are walking the talk on emission reduction or climate finance.

The British are currently paying excessive bills for electricity. Analysts say that this is because of the government’s decision to derive most electricity from expensive wind turbines, as opposed to deriving it from traditional coal plants.

Dr. Capell Aris, a Fellow of the Institute of Engineering and Technology in London, explains, “the dash for gas of the 1990s delivered lower carbon dioxide emissions and lower costs. If we had simply continued, we could now be enjoying electricity prices 30–40 percent lower than today, with similar carbon dioxide emissions, and vastly better grid security. Consumers are grossly overpaying for a very unreliable system.”

Brexit offers a potential door for free trade in the energy sector. Britain should embrace it with both hands and secure energy deals with states that are currently prospering from fossil fuel use.