The Great Coronavirus War Is Upon Us

Victor Davis Hanson
|
Posted: Mar 12, 2020 12:01 AM
Share   Tweet
The opinions expressed by columnists are their own and do not necessarily represent the views of Townhall.com. 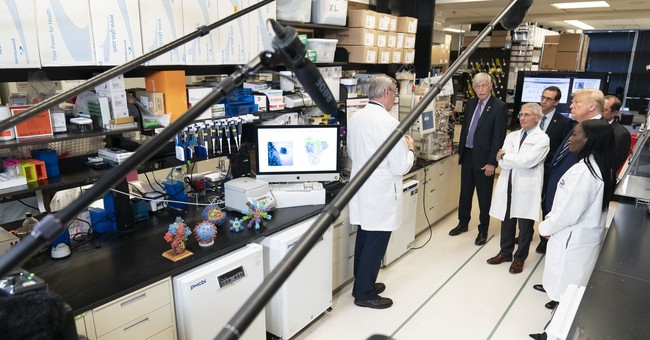 Try this thought experiment. Envision the coronavirus, also known as COVID-19, as a living, breathing enemy -- which, of course, is exactly what it is.

But imagine for a moment that we are in real war with a cognizant, thinking and clever enemy whose sole reason to live is to hurt, maim or kill as many of us as it can.

COVID-19 may not have jets, tanks or nukes, like our past enemies. But its arsenal, numbers, cunning and willpower are said to be formidable.

To win its war against Americans, COVID-19 must infect and sicken lots of Americans each day. If it cannot infect enough victims to multiply and sustain a hungry army of viruses, COVID-19 will soon sputter and die. It will get trapped in just a few hosts among an otherwise victorious and healthy nation of about 330 million.

Nature has given COVID-19 some weapons that its defeated cousins -- the H1N1 swine flu and the MERS and SARS viruses -- lacked.

It is more clever by being less lethal -- and a little tougher in its ability to live outside a host. Viral resiliency ensures that it rarely turns into a suicide bomber by dying with a terminally sick host, and that it does not perish so quickly when orphaned in the air and on surfaces.

The coronavirus has allies. It infiltrates our defenses by using our own weapons against us -- our dirty hands, the habitual touching of the face, and indiscreet sneezing and coughing.

Poor personal and public hygiene gives the virus some sustenance and camouflage. To win -- defined as sickening or killing thousands of us -- COVID-19 counts on our laxity. It hates careful individuals who block its invasion into the eyes, nose and mouth.

Remember, unlike our past human enemies, COVID-19 is invisible to the naked eye, even more so than the most stealthy terrorists or underground enemy agents. It does not leave a smell. It cannot be heard. It certainly cannot be touched. We know COVID-19 only by the damage it does to us, even after it has left, leaving its trail of fever, fatigue, congestion and labored breathing.

COVID-19 also relies on ignorance of its complexity and sophistication. It assumes that our experts will not learn how this new virus originated, how it spreads and how it sickens or kills.

So the virus hopes that we cannot effectively quarantine the sick, or at least not before a pandemic spreads.

In desperation, the enemy virus hopes that even if our researchers can quickly infiltrate the COVID-19 master borg and learn its deepest secrets, we will still be unable to treat it with medicines or prevent it with vaccines -- or at least not before it becomes a plague of biblical proportions.

To a popular culture that laps up creepy zombie movies, the virus certainly knows how to use its greatest weapons: fright and panic. As of early this week, the relatively lightweight bug had killed fewer than 30 Americans. But we seem to be acting as if it has already killed 200,000 of us.

If COVID-19 can create fear that we will end up like the grotesque monsters on television, perhaps we, its enemy, will go on hoarding binges that result in shortages of masks, gloves and supplies for the health providers who need them most.

Or, if the virus can scare us enough that we cease working and interacting, our canceled-out economy will grind to a halt.

Or maybe the coronavirus can cleverly keep hopping on jets between countries and states, sowing dissension as nations blame one other for its creation and contagion, and politicians seek to destroy each other rather than band together to kill the virus.

COVID-19 counts on globalization as it sneaks onto jets and ships. In a few hours, it can find a new home and new hosts to terrify -- even thousands of miles away.

It is a vengeful enemy. It knows we have killed off or rendered impotent most of its fellow viruses. Its cousin, the flu, has not since 1918 translated its annual tactical wins into a strategic pandemic victory.

Viruses and anti-human microbes have not had a major win in America in decades, perhaps not since polio used to terrorize, cripple and kill thousands of Americans annually.

COVID-19 believes our progress, confidence and sophistication are not our strengths but rather our greatest weakness, as our vanity and assumed invulnerability render us ripe for panic.

The battle is upon us. But if we stay calm and rational, we can easily defeat the enemy, whose reputation is likely far scarier than its reality.

Townhall.com Staff
Why Everyone Is Laughing at the Democrats Minimum Wage Bill Right Now
Matt Vespa
The Grim Reaper Speaks: Did Andrew Cuomo Really Say That About COVID Deaths?
Matt Vespa
Statement from Trump Shows He Could Be as Entertaining Out of Office
Matt Vespa

Why Everyone Is Laughing at the Democrats Minimum Wage Bill Right Now
Townhall
Literary agency 'distressed' to discover that a now-former agent had accounts on Parler and Gab
Twitchy
Fox News Reporter Asks Biden About Putin Phone Call, His Answer Shows How the Game Has Suddenly Changed
Redstate
Ten Reasons a Post-Presidency Impeachment of Barack Obama Should Happen
PJ Media