US Can Afford to Stay Calm With Iran

Victor Davis Hanson
|
Posted: Jun 27, 2019 12:00 AM
Share   Tweet
The opinions expressed by columnists are their own and do not necessarily represent the views of Townhall.com. 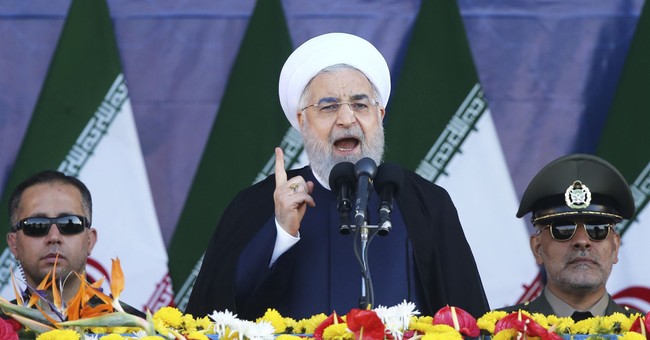 President Trump recently ordered and then called off a retaliatory strike against Iran for destroying a U.S. surveillance drone. The United States asserts that the drone was operating in international space. Iran claims it was in Iranian airspace.

Antiwar critics of Trump's Jacksonian rhetoric turned on a dime to blast him as a weak, vacillating leader afraid to call Iran to account.

Trump supporters countered that the president had shown Iran a final gesture of patience — and cleared the way for a stronger retaliation should Iran foolishly interpret his one-time forbearance as a weakness to be exploited rather than as magnanimity to be reciprocated.

The charge of Trump being an appeaser was strange coming from leftist critics, especially given Trump's past readiness to bomb Syrian President Bashar al-Assad for allegedly using chemical weapons, his willingness to destroy ISIS through enhanced air strikes, and his liberation of American forces in Afghanistan from confining rules of engagement.

The truth is that Iran and the United States are now engaged in a great chess match. But the stakes are not those of intellectual gymnastics. The game is no game, for it involves the lives, and possible deaths, of thousands.

The latest American-Iranian standoff is not like that of 1979-1981, when theocratic revolutionaries removed the Shah, stormed the U.S. Embassy in Tehran, and took American hostages for 444 days — and humiliated America.

Iran fears there are now no such American liabilities. Forty years later, America has no presence in Iran. It has long since given up on bringing Tehran back into the Western fold.

There are no Americans in Iran to be kidnapped and no Iranian allies inside Iran to be saved. Iran has no leverage over the United States, at least not as it did in 1979.

Nor is the current confrontation reminiscent of the 2003-2011 tensions in the region. The United States is not fighting a ground war in the Middle East, much less one on the border of Iran.

The United States no longer believes in nation-building the autocratic Middle East into Western-style democracies. American troops are not in jeopardy from Iranian ground attacks. Americans have no financial or psychological capital invested in liberalizing Iraq, much less Iran and its environs.

Nor is the situation like the chronic Iranian tensions of the last 40 years in which an oil-dependent United States feared Iran closing the Strait of Hormuz, or the sudden cutoff of imported oil, ensuring Nixon-era gas lines.

America is now the largest producer of gas and oil in the world, soon to be the largest exporter as well. The U.S. economy is booming. Iran's is imploding.

The economies of China, Japan, and Europe depend on the free flow of Middle Eastern oil. But China is currently in a trade war of nerves with the United States. An appeasing Europe doesn't have the desire to help ramp up sanctions on Iran to prevent its nuclearization, nor is it eager to accede to U.S. entreaties to increase defense spending and enhance the NATO alliance. Japan is trying to deny Iranian aggression in fear that the global oil market might spike on news of Persian Gulf tensions.

In other words, both allies and enemies expect the United States to ensure that their shipping and their oil are safe.

Nor are we too concerned for our longtime ally Israel with regard to Iran. An impoverished Iran is bereft of allies and remains an international pariah, desperate to sell its embargoed oil to any rogue autocracy shameless enough to buy it. Israel is nuclear and has never been militarily stronger. It is now self-sufficient in oil and gas.

Israel has forged new ties with China, Russia, and the European Union, and renewed its traditionally close relationship with the United States. Iran's neighbors in the Arab world are either in a mess or clandestinely allied with Israel. The Palestinian Authority and Hamas have never been weaker vis-a-vis Israel.

Time is on the American side. Each day Iran grows weaker and poorer, and the U.S. stronger and richer.

Iran's only hope is to draw the Trump administration into a messy Iraq-like ground war, or, at worst, a Balkans-style, months-long bombing campaign — with plenty of CNN footage of civilian collateral damage.

How, then, can the United States deter Iranian escalation without getting into an unpopular war before the heated 2020 election? It merely needs to persist in the present standoff: ramp up the sanctions even tighter and ignore pathetic Iranian attacks on foreign ships.

If Tehran preemptively attacks an American ship or plane, it will be met by a disproportionate response, preferably one aimed not at civilian infrastructure but at the Iranian military hierarchy, the Revolutionary Guard and the theocratic elite.

Otherwise, the Trump administration can sit back and monitor Iran's international ostracism and economic isolation while remaining unpredictable and enigmatic, ready to hit back hard at any attack on Americans but without being suckered into an optional war with Iran in the perennial Middle East quagmire.