Actually, 2018 Was A Pretty Good Year

Victor Davis Hanson
|
Posted: Jan 03, 2019 12:01 AM
Share   Tweet
The opinions expressed by columnists are their own and do not necessarily represent the views of Townhall.com. 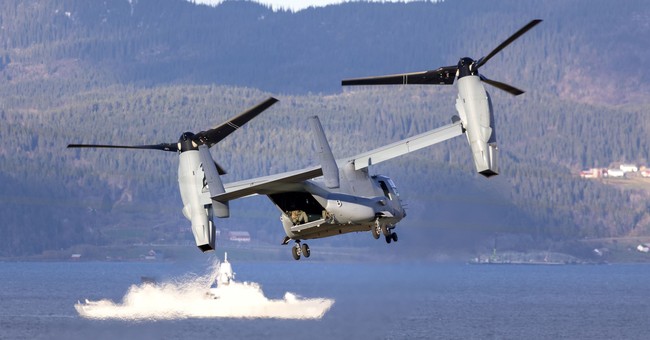 The year 2018 will be deplored by pundits as a bad year of more unpredictable Donald Trump, headlined by wild stock market gyrations, the melodramas of the Robert Mueller investigation and the musical-chair tenures of officials in the Trump administration.

The government is still shut down. Talk of impeachment by the newly Democrat-controlled House of Representatives is in the air. Seemingly every day there are sensational breakthroughs, scandals, and bombshells that race through social media and the Internet -- only to be forgotten by the next day.

In truth, aside from the Washington hysterias, 2018 was a most successful year for Americans.

In December, the United States reached a staggering level of oil production, pumping some 11.6 million barrels per day. For the first time since 1973, America is now the world's largest oil producer.

Since Trump took office, the U.S. has increased its oil production by nearly 3 million barrels per day, largely as the result of fewer regulations, more federal leasing, and the continuing brilliance of American frackers and horizontal drillers.

It appears that there is still far more oil beneath U.S. soil that has ever been taken out. American production could even soar higher in the months ahead.

In addition, the United States remains the largest producer of natural gas and the second-greatest producer of coal. The scary old energy-related phraseology of the last half-century -- "energy crisis," "peak oil," "oil embargo" -- no longer exists.

Near-total energy self-sufficiency means the U.S. is no longer strategically leveraged by the Middle East, forced to pay exorbitant political prices to guarantee access to imported oil, or threatened by gasoline prices of $4 to $5 a gallon.

The American economy grew by 4.2 percent in the second quarter of 2018, and by 3.4 percent in the third quarter. American GDP is nearly $1.7 trillion larger than in January 2017, and nearly $8 trillion larger than the GDP of China. For all the talk of the Chinese juggernaut, three Chinese workers produce about 60 percent of the goods and services produced by one American worker.

In 2018, unemployment fell to a near-record peacetime low of 3.7 percent. That's the lowest U.S. unemployment rate since 1969. Black unemployment hit an all-time low in 2018. For the first time in memory, employers are seeking out entry-level workers rather than vice versa.

The poverty rate is also near a historic low, and household income increased. About 8 million fewer Americans are living below the poverty line than there were eight years ago. Since January 2017, more than 3 million Americans have gone off so-called food stamps.

Abroad, lots of bad things that were supposed to happen simply did not.

After withdrawing from the Paris climate accord, the U.S. exceeded the annual percentage of carbon reductions of most countries that are part of the agreement.

North Korea and the U.S. did not go to war. Instead, North Korea has stopped its provocative nuclear testing and its launching of ballistic missiles over the territory of its neighbors.

Despite all the Trump bluster, NATO and NAFTA did not entirely implode. Rather, allies and partners agreed to renegotiate past commitments and agreements on terms more favorable to the U.S.

The United States -- and increasingly most of the world -- is, at last, addressing the systematic commercial cheating, technological appropriation, overt espionage, intellectual-property theft, cyber intrusions and mercantilism of the Chinese government.

The Middle East is still chaotic, but it is a mess that is now far less important to the U.S. for a variety of reasons. Energy-wise, America is not dependent on oil imports from corrupt Gulf monarchies or hostile Islamic states. Strategy-wise, the new fault lines are not Arab and Islamic cultures versus Israel or the United States. Instead, it is internecine strife within the Islamic world, mostly with Iran and its Shiite satellites opposing the Sunni Arab monarchies and more moderate Middle Eastern regimes.

For all the pro- and anti-Trump invective and media hysteria, the Brett Kavanaugh confirmation circus, and the bitter midterm elections, the U.S. was relatively calm in 2018 compared with the rest of the world. There was none of the mass rioting, demonstrations and street violence that occurred recently in France, and none of the existential and unsolvable divides over globalization and Brexit that we saw in Europe.

Europe's three most powerful leaders -- Angela Merkel or Germany, Emmanuel Macron of France and Theresa May of the United Kingdom -- have worse approval ratings than the embattled Donald Trump.

In sum, the more media pundits claimed that America was on the brink of disaster in 2018, the more Americans became prosperous and secure.