The Many Contradictions of Hillary Clinton

Victor Davis Hanson
|
Posted: Jan 21, 2016 12:01 AM
Share   Tweet
The opinions expressed by columnists are their own and do not necessarily represent the views of Townhall.com. 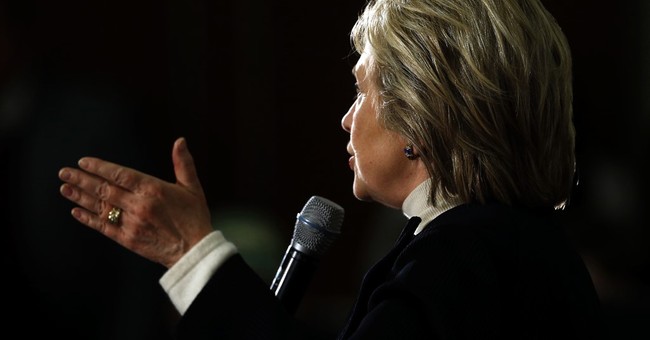 Hillary Clinton recently said she would go after offshore tax "schemes" in the Caribbean. That is a worthy endeavor, given the loss of billions of dollars in U.S. tax revenue.

Yet her husband, Bill Clinton, reportedly made $10 million as an advisor and an occasional partner in the Yucaipa Global Partnership, a fund registered in the Cayman Islands.

Is Ms. Clinton's implicit argument that she knows offshore tax dodging is unethical because her family has benefitted from it? Does she plan to return millions of dollars of her family's offshore-generated income?

Clinton is calling for "huge campaign finance reform," apparently to end the excessive and often pernicious role of big money in politics. But no candidate, Republican or Democrat, raised more than the $112 million that Clinton collected in 2015 for her primary campaign.

Clinton has also vowed to raise taxes on hedge fund managers. Is that a way of expressing displeasure with her son-in-law, Marc Mezvinsky, who operates a $400 million hedge fund?

For that matter, how did Clinton's daughter, Chelsea, who worked for a consulting firm and a hedge fund despite having no background in finance -- reportedly become worth an estimated $15 million?

Yet, since she left office, Clinton routinely has charged universities $200,000 or more for her brief 30-minute chats. Her half-hour fee is roughly equal to the annual public-university tuition cost for eight students.

It's been said that Clinton is trying to rekindle President Obama's 2012 allegations of a Republican "war on women." That charge and the war against the "1 percent" helped deliver key states to Obama. Renewing that theme, Clinton recently declared on Twitter, "Every survivor of sexual assault deserves to be heard, believed, and supported."

Does Clinton's spirited advocacy of "every" survivor include the array of women who have accused Bill Clinton of sexual misconduct? In other words, does Hillary now trust the testimonies of survivors such as Juanita Broaddrick, Kathleen Willey and Paula Jones, whose allegations must be "believed and supported?"

Ms. Clinton has also called for more financial transparency and greater accountability in general -- something needed after scandals at government agencies such as the IRS, VA and GSA. But Clinton's use of a private email server probably violated several federal laws. Her laxity with confidential communications was arguably more egregious than that of Gen. David Petraeus, a national icon who pleaded guilty to mishandling classified materials.

Perhaps Clinton assumes that the electorate is still in the ethical world of the 1990s. Back then, it was somewhat easier to dampen scandals -- at least the ones that didn't involve sex in the White House. But in the age of social media, 24-hour cable TV, instantaneous blogging and a different public attitude toward political corruption and sexual assault, Hillary Clinton now appears to be caught in the wrong century.

Womanizing and sexual coercion can no longer be so easily dismissed. The financial antics of the Clinton Foundation don't past muster amid populist anger at the global profiteering of billionaires. In age of instant Google searches, railing against big money no longer squares with making and enjoying it.

Ms. Clinton at times tries to offset scandals by her pointing to her record as secretary of state. But few believe that her handling of Russia, Iran, China, Benghazi or Islamic terrorism made the world calmer or America more secure.

In debates, Clinton points to her support of Obama's agenda. But the president currently has an approval rating of 46 percent. If the country is in dire need of Clinton's suggested remedies, were the past eight years too short a time to see similar reforms enacted under Obama?

All this confusion raises the question of whether Hillary Clinton is running to complete Bill Clinton's third term, running to cement Barack Obama's legacy -- or running against her prior self.