The Decline of Modern Germany 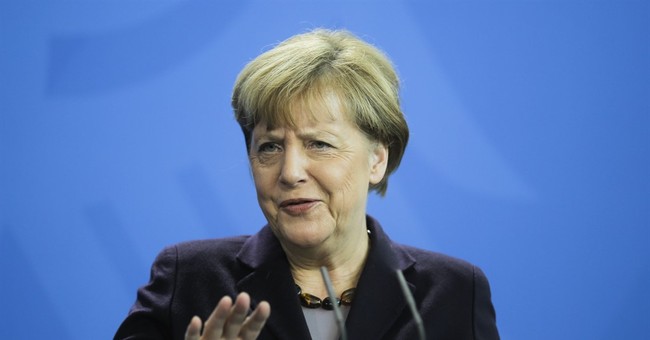 Postwar Germany has become the financial powerhouse of Europe and a model nation. Give credit to German hard work and competency for the country's continuing economic miracle.

Less appreciated is how Germany also brilliantly exploited the lucrative in-house trade framework of the European Union market -- along with nearly seven decades of subsidized defense from an American-led NATO.

The result is that Germany alone now determines the fiscal future of the nearly insolvent southern European Union nations on the Mediterranean.

Germany was also the self-appointed broker between Vladimir Putin and the apprehensive EU. Merkel supposedly has watered down Putin's military ambitions by seducing Russia with lucrative German trade.

In addition, Germany positioned itself as the moral voice of Europe. In penance for an aggressive past that had nearly wrecked Europe on three occasions, it became the loudest critic of supposed U.S. imperialism.

By the 21st century, German media, politicians and intellectuals had superseded their French counterparts as America's most vocal European critics -- from the Iraq war to eavesdropping by American intelligence agencies.

In terms of tough leadership, Germany's iron lady, Merkel, had trumped even the reputation of Britain's late former Prime Minister Margaret Thatcher. In world opinion, Merkel was deemed just as decisive as Thatcher, but with a far stronger global hand to play and with a more popular embrace of social justice.

In sum, the new post-Cold War Germany was evolving into the leader of the West, especially during the American recessional from world affairs orchestrated by President Barack Obama.

No more. In just the last six months Germany in general, and Merkel in particular, have imploded.

Merkel's disastrous decision to open the borders of Germany -- and with them Europe's as well -- is proving both selfish and suicidal.

Hordes of migrants are swarming into Europe. Merkel's naivete cannot be dressed up in her professed humanitarianism, given that many of the migrants are young, single men from the Middle East who pour into Europe not as political refuges but as opportunists eager for European social largesse.

Aside from the costs, and the religious and social tensions that hundreds of thousands of young unemployed Muslim males will create in Europe, there are lots of other hypocrisies in the German migrant situation.

Germany was far tougher in its fiscal negotiations with kindred European nation Greece than it has been with Middle Eastern migrants.

Merkel logically lectured Greece that its reckless borrowing could not be allowed to undermine the European Union. But isn't that selfishness similar to what Germany is now doing? With Merkel urging other European nations to take in waves of migrants and thereby inviting a flood of refugees across the borders of its neighbors, Germany's far poorer neighbors will bear much of the cost.

Then we come to the recent scandal of Volkswagen rigging the emissions system of its diesel engines to hide their inordinate pollution levels -- another totem of various German contradictions.

Germany has lectured most of the world about the West's excessive carbon footprint. For a quasi-socialist state, it strangely cared little that by shutting down coal and nuclear power plants, and subsidizing the inefficient generation of wind and solar power, it burdened its own working classes with spiraling energy costs.

Merkel would have done better to get off her green high horse, quit lecturing others and do a better job of auditing Germany's own auto industry, whose exports flood the world.

Germany has bragged of its compassionate capitalism -- a mix of private enterprise and paternalistic statism that supposedly checks the exuberance of cowboy profit-seeking and better redistributes the largesse more equably among the population.

But the Volkswagen cheating reminds us that statist capitalism is more, not less, likely to encourage corporate law-breaking than a supposedly selfish American strain of free-market economics. Competition, a more transparent and independent media, and an adversarial rather than partnered government do a better job of checking corporate outlawry.

Who or what might eventually deter the territorial ambitions of Russian President Vladimir Putin? Germany has become the most powerful of the European nations largely by creating a lucrative Eastern European trade empire. The former nations of the Warsaw Pact and many of the breakaway republics of the former Soviet Union sell resources to the German economic juggernaut. In exchange, they buy German consumer and industrial goods -- and expect German leadership and protection from an aggressive Putin.

But profits can outweigh German principles. Apparently, the only deterrent that may stop Putin from invading more countries is not watered-down German trade sanctions, but American troops flown into Germany's backyard from more than 3,000 miles away.

The Greek-German debacle, the migrant mess, the Volkswagen cheating and the Putin aggression remind us that too often Germany's professed good intentions are eclipsed by German self-interest -- an all too familiar experience.