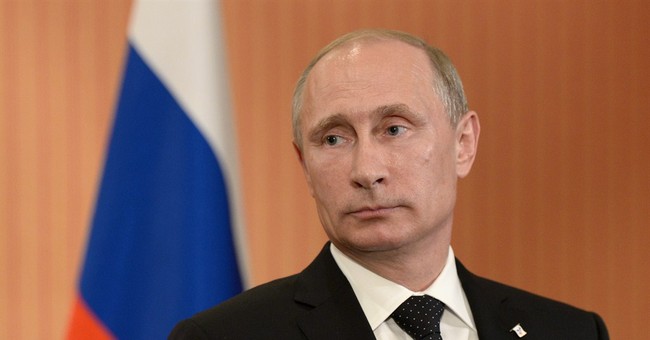 World War II was the most destructive war in history. What caused it?

The panic from the ongoing and worldwide Depression in the 1930s had empowered extremist movements the world over. Like-minded, violent dictators of otherwise quite different Nazi Germany, Fascist Italy, Imperial Japan and Communist Soviet Union all wanted to attack their neighbors.

Yet World War II could have been prevented had Western Europe united to deter Germany. Instead, France, Britain and the smaller European democracies appeased Hitler.

The United States turned isolationist. The Soviet Union collaborated with the Third Reich. And Italy and Japan eventually joined it.

The 1930s saw rampant anti-Semitism. Jews were blamed in fascist countries for the economic downturn. They were scapegoated in democracies for stirring up the fascists. The only safe havens for Jews from Europe were Jewish-settled Palestine and the United States.

Does all this sound depressingly familiar?

The aftershocks of the global financial meltdown of 2008 still paralyze the European Union while prompting all sorts of popular extremist movements and opportunistic terrorists.

After the Iraq and Afghanistan wars, America has turned inward. The Depression and the lingering unhappiness over World War I did the same to Americans in the 1930s.

Premodern monsters are on the move. The Islamic State is carving up Syria and Iraq to fashion a fascist caliphate.

Vladimir Putin gobbles up his neighbors in Ossetia, Crimea and eastern Ukraine, in crude imitation of the way Germany once swallowed Austria, Czechoslovakia and Poland.

The Western response to all this? Likewise, similar to the 1930s.

The NATO allies are terrified that Putin will next attack the NATO-member Baltic states -- and that their own paralysis will mean the embarrassing end of the once-noble alliance.

The United States has now fled from four Middle Eastern countries. It forfeited its post-surge victory in Iraq. It was chased out of Libya after the killings of Americans in Benghazi. American red lines quickly turned pink in Syria. U.S. Marines just laid down their weapons and flew out of the closed American embassy in Yemen.

America has convinced its European partners to drop tough sanctions against Iran. In the manner of the Allies in 1938 at Munich, they prefer instead to charm Iran, in hopes it will stop making a nuclear bomb.

The Islamic State has used almost a year of unchallenged aggression to remake the map of the Middle East. President Obama had variously dismissed it as a jayvee team or merely akin to the problems that big-city mayors face.

Europeans pay out millions to ransom their citizens from radical Islamic hostage-beheaders. Americans handed over terrorist kingpins to get back a likely Army deserter.

Then we come to the return of the Jewish question. Seventy years after the end of the Holocaust, Jews are once again leaving France. They have learned that weak governments either will not or cannot protect them from Islamic terrorists.

In France, radical Islamists recently targeted a kosher market. In Denmark, they went after a synagogue. In South Africa, students demanded the expulsion of Jewish students from a university. A Jewish prosecutor who was investigating the 1994 bombing of a Jewish community center in Argentina was found mysteriously murdered.

Meanwhile, Israeli Prime Minister Benjamin Netanyahu is being blamed for stoking Middle Eastern tensions. Who cares that he resides over the region's only true democracy, one that is stable and protects human rights? Obama administration aides have called him a coward and worse. President Obama has dismissed the radical Islamists' targeting of Jews in France merely as "randomly shoot[ing] a bunch of folks in a deli."

Putin, the Islamic State and Iran at first glance have as little in common as did Germany, Italy and Japan. But like the old Axis, they are all authoritarians that share a desire to attack their neighbors. And they all hate the West.

The 1930s should have taught us that aggressive autocrats do not have to like each other to share hatred of the West.

The 1930s should have demonstrated to us that old-time American isolationism and the same old European appeasement will not prevent but only guarantee a war.

And the 1930s should have reminded us that Jews are usually among the first -- but not the last -- to be targeted by terrorists, thugs and autocrats.