The Decline of College 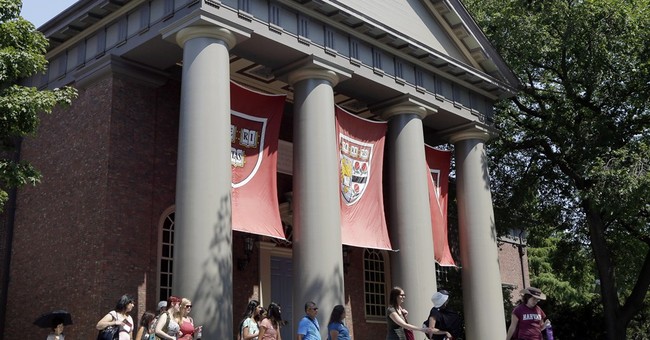 For the last 70 years, American higher education was assumed to be the pathway to upper-mobility and a rich shared-learning experience.

Young Americans for four years took a common core of classes, learned to look at the world dispassionately, and gained the concrete knowledge to make informed arguments logically.

The result was a more skilled workforce and a competent democratic citizenry. That ideal may still be true at our flagship universities, with their enormous endowments and stellar world rankings.

Yet most elsewhere, something went terribly wrong with that model. Almost all the old campus protocols are now tragically outdated or antithetical to their original mission.

The university is often a critic of private enterprise for its supposed absence of fairness and equality. The contemporary campus, however, is far more exploitative. It pays part-time faculty with the same degrees far less for the same work than it pays an aristocratic class of fully tenured professors.

The four-year campus experience is simply vanishing. At the California State University system, the largest university complex in the world, well under 20 percent of students graduate in four years despite massive student aid. Fewer than half graduate in six years.

Administrators used to come from among top faculty, who rotated a few years from teaching and scholarship to do the unenviable nuts-and-bolts work of running the university. Now, administrators rarely, if ever, teach. Instead, they became part of a high-paid, careerist professional caste -- one that has grown exponentially. In the CSU system, their numbers have exploded in recent years -- a 221 percent increase from 1975 to 2008. There are now more administrators in that system than full-time faculty.

College acceptance was supposed to be a reward for hard work and proven excellence in high school, not a guaranteed entitlement of open admission. Yet more than half of incoming first-year students require remediation in math and English during, rather than before attending, college. That may explain why six years and hundreds of million dollars later, about the same number never graduate.

The idea of deeply indebted college students in their 20s without degrees or even traditional reading and writing skills is something relatively new in America. Yet aggregate student debt has reached a staggering $1 trillion. More than half of recent college graduates -- who ultimately support the huge college industry -- are either unemployed or working in jobs that don't require bachelor's degrees. About a quarter of those under 25 are jobless and still seeking employment.

Apart from our elite private schools, the picture of our postmodern campus that emerges is one of increasing failure --a perception hotly denied on campus but matter-of-factly accepted off campus, where most of the reforms will have to originate.

Even more online courses will entice students away from campuses through taped lectures from top teachers, together with interactive follow-ups from teaching assistants -- all at a fraction of current tuition costs.

Public attitudes will also probably change. The indebted social science major in his mid-20s with or without a diploma will not enjoy the old cachet accorded a college-educated elite -- at least in comparison with the debt-free, fully employed and higher-paid electrician, plumber or skilled computer programmer without a college degree.

Real skills will matter more than mere college attendance or a brand. New competency in national tests in math, science and English will be considered by employers to be a far better barometer of past achievement and future potential than the mere possession of a now-suspect university transcript.

As in any revolution, much good will be lost along with the bad. The traditional university used to offer a holistic four-year experience for motivated and qualified students in a landscape of shared inquiry and tolerance. The Internet and for-profit trade schools can never replace that unique intellectual and social landscape.

Yet because professors of the traditional arts and sciences could or would not effectively defend their disciplines or the classical university system, agenda-driven politicians, partisan ideologues and careerist technocrats absorbed them.

The college experience morphed into a costly sort of prolonged adolescence, a political arena and a social laboratory -- something quite different from a serious place to acquire both practical and humanistic knowledge.

No wonder that it is now financially unsustainable and going the way of the dinosaurs.