Victor Davis Hanson  |  Jun 21, 2012
The opinions expressed by columnists are their own and do not necessarily represent the views of Townhall.com.
Top Columns
Trending on Townhall Media 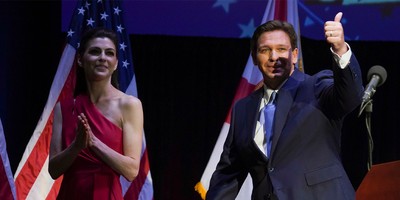 The recent indecisive Greek elections could be summed up by two general themes: Greeks want to stay in, and expect help from, the eurozone. But they still do not want to take the necessary medicine to stop borrowing billions of euros from northern Europeans, who want a radical Greek reform of the tax code, deregulation of labor laws, fiscal discipline, massive cuts in bureaucracy, and greater transparency -- all unlikely given Greek history and contemporary culture.

So what lies in the future for Greece as it is slowly eased out of the euro zone and its civilization goes into reverse?

In theory, with the ability to devalue the drachma and be freed of enormous debts, the Greeks could return to business as it was practiced in the 1970s. In those sleepy days before the massive transfers of northern European money, I lived in a Greece that was a Balkan backwater without advanced surgery, autobahns, suspension bridges, sleek subways or a modern airport. In that era of genteel poverty, Greek divorce, abortion, drug use and crime were rare. Now, all are commonplace. Rural Greece outside Athens was more Middle Eastern than European.

Yet the problem with returning to the nostalgia of a world long gone is just not the creeping return of Third World-like poverty, but rather the psychological shock of Greeks losing the European lifestyle that is now considered an accustomed birthright. For Greeks not to live like those in Munich or Amsterdam would be far more cataclysmic in political terms than it would be had they never gotten hooked on Mercedeses, iPhones and lattes in the first place.

Over the past three years, exasperated Greeks have rioted and blame-gamed rather than embraced self-critique and genuine efforts to open up and air out their fossilized economy. Greeks scapegoated the European Union, Germans, Americans, Wall Street, their own leaders, foreigners, immigrants -- anything and anyone other than Greeks themselves, who clearly lived in a manner that was not commensurate with their productivity.

So when the charade of the Greek euro ends and there are no more bogeymen to blame, expect even more political upheaval and furor, not calm introspection and reform. Do not rule out a return to some sort of autocracy, whether left-wing in the style of Hugo Chavez or, more likely, a nationalist Hellenic strongman in the mold of Vladimir Putin. After all, democracy does not mark the end of history, but more often is a cyclical respite for prosperous peoples who can afford the niceties of parliamentary government and liberal tolerance. Right now, Greece is neither a prosperous nor a tolerant place.

The recriminations over the euro may also poison the notion of European citizenship itself. Even if Greece stays in the European Union, relations with fellow EU members will never be the same -- sort of like the spendthrift brother-in-law who welches on family loans and at tense holiday dinners sulks off by himself. After all, would Germany ever loan Greece money again after being conned for billions of euros while being insulted for its largesse?

History was never kind to the loud and proud but vulnerable Greeks, who have suffered centuries of invasions, occupations, civil wars, coups and famines. The year 2012 may be terrible, but familiarly terrible in the sense of 1922, 1941, 1946 and 1967 -- or for that matter, 1460 or 338 B.C. The Greeks live in a tough region at the junction of Islam and Christianity, where Africa, Asia and Europe collide in the eastern Mediterranean. Tripoli, Cairo and Istanbul are far closer to Greek soil than are Paris, Berlin and London. Ottomanism -- the historical bane of the isolated Greeks -- is on the rise in Turkey, fanning ancient grievances over Cyprus, oil and gas rights in shared waters, and poorly demarcated air and sea boundaries.

The European Union's rapid-response military force is a joke. With looming cutbacks and a new orientation in the Pacific, a directionless and underfunded NATO soon may be too. Polls show that an indebted America is still unpopular in Greece; and Greece, to the extent it registers with Americans, is not a favorite of the United States.

Without much foreign exchange, the modern Greek military will die on the vine. Will cash-strapped Greeks prefer keeping up their stockpile of imported smart bombs at the cost of doing without Siemens CT scanners or Bayer's ciprofloxacin?

Take away the veneer of European membership, and Greece is a tiny, broke, isolated and terribly vulnerable nation -- once again. Given its neighborhood and its inner demons, the current insolvency is the very beginning, not the end, of Greece's problems.