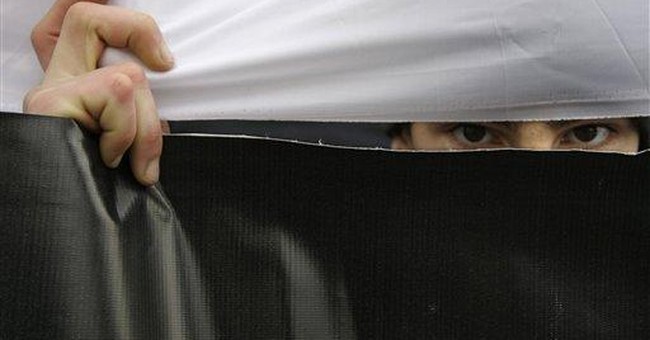 Anti-Hispanic, anti-gay, anti-Muslim, anti-black -- it is hard to keep track of all the recent charges of alleged bigotry.

State representatives in Arizona overwhelmingly passed an immigration law to popular acclaim -- which the Obama administration for now has successfully blocked in federal court. Arizonans simply wanted the federal government to enforce its own laws. And yet they were quickly dubbed bigots and racists -- more worried about profiling Hispanics than curtailing illegal immigration.

In California, a federal judge has just overturned Proposition 8 ensuring traditional marriage. Voters in November 2008 had amended the California constitution to recognize marriage only between a man and woman, while allowing civil unions between partners of the same sex.

Californians took that step in response to the state Supreme Court's voiding of Proposition 22, a similar referendum on traditional marriage that California voters passed in 2000. Apparently, a stubborn majority of Californians still sees traditional marriage as it has been followed in some 2,500 years of Western custom and practice. In contrast, gay groups have framed the issue as one of civil rights, often charging prejudice on the part of their opponents.

Another controversy is brewing a mere 600 feet from Ground Zero in lower Manhattan, site of the 9/11 attacks, where a Muslim group wishes to build a $100 million, 13-story mosque. Opponents feel this is hardly a way to build bridges across religious divides, but instead a provocative act that tarnishes the memory of the nearly 3,000 people who died at the hands of radical Islamic terrorists.

New York state residents poll in opposition to the project. Their unease reflects legitimate questions over the nature of the foreign funding for the project, and the disturbing writings and statements of the chief proponent of the plan, Feisal Abdul Rauf. They also worry that radical Islamists will use the mosque's construction (it will probably rise before the World Trade Center complex is rebuilt) as a propaganda tool.

In response, once again the majority has been dubbed bigoted and prejudiced, this time against Muslims for asking for a more appropriate location, farther away from Ground Zero.

After lengthy investigation, Rep. Charles Rangel, former chairman of the House Ways and Means Committee, is facing charges of unethical conduct. In response, Rangel has scoffed that a plea bargain offer was nothing more than an "English, Anglo-Saxon procedure." The inference was that ongoing prejudice, not moral lapses, caused Rangel's problems.

Rangel's charges come at a time when Rep. Maxine Waters faces ethics questions for allegedly using her office to steer federal money to a bank that was associated with her husband. And since eight members of the Congressional Black Caucus have recently faced ethics inquiries, we are hearing that race, not unethical conduct, is the real reason for the investigations.

These diverse cases offer some lessons.

One, legitimate public concerns can be reduced to religious, ethnic or racial prejudice in hopes that the debate will hinge on supposedly bad motives rather than convincing arguments. Ad hominem attacks are always a sign of shaky logic.

Two, in most of these cases, the majority is opposed by a variety of activist groups, government officials and judges. The charge of bigotry is usually expressed in terms of a sophisticated liberal-thinking elite reining in the emotional and illogical unwashed masses. We saw proof of that with the release of confidential e-mails from the controversial "Journolist" group comprised largely of influential liberal journalists, some of whom openly advocated defaming their opponents by calling them racists.

Three, these cry-wolf tactics are now stale. A real danger is that when legitimate charges of prejudice are leveled in the future, most will shrug and ignore them.

We live in a complex, multiracial and religiously diverse society. A majority of black voters in California opposed gay marriage. Most Muslims probably concurred. Some 70 percent of Americans expressed support for the Arizona law, an overwhelming figure that would have to include some Asians, blacks and Hispanics. White and Hispanic congressional officials have faced ethics charges, often more serous than those leveled against Rangel and Waters.

In other words, there is no simple ideological, racial or religious divide between a monolithic "us" and "them." Instead, we have devolved to the point where promiscuously crying "Bigot!" and "Racist!" signals a failure to persuade 51 percent of the people of the merits of an argument.

It is too often that simple -- and that sad.