Obama Promises Change - But What Kind? 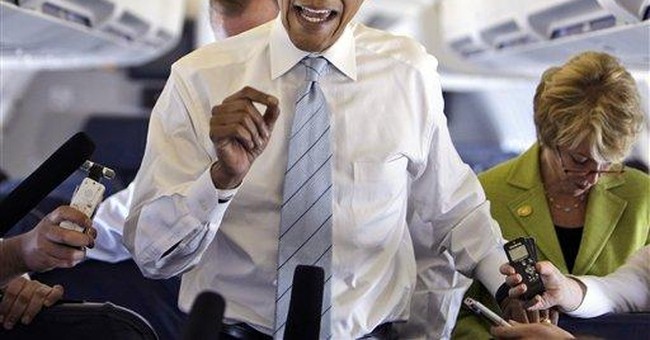 By this point in the presidential campaign, the public knows that a charismatic Barack Obama wants sweeping "change." While the national media have often fallen hard for the Illinois senator's rhetoric -- MSNBC's Chris Matthews said he felt a "thrill going up my leg" during an Obama speech -- exactly what kind of change can Obama bring if he's elected in November?

Take Obama's foreign-policy pronouncements, which promise a break with the unhappy past. Two doctrines are most prominent. One is to engage our enemies and be nicer to our allies. The other calls for leaving Iraq on a set timetable.

The problem with the first is that key allies like the conservative French, German and Italian governments -- unlike the days of rage in 2003 -- now embrace pretty much the same policies that we do. Britain and the European Union just called for imposing tougher sanctions on Iran, while both France and Britain promise to send more troops to Afghanistan.

In Feb. 2007, Sen. Obama called for American troops out of Iraq by March 2008. But in the last four months since that proposed final departure, violence is way down as the U.S. military and Iraqi army have stabilized much of the country.

The world in January 2009 will not be the same as it was in February 2007. So would a President Obama really engage Iranian President Ahmadinejad just as the Europeans are isolating him, or give up on Iraq when the American military may well gradually draw down in victory, not defeat?

Gas prices are soaring. Americans are frustrated (and a bit ashamed) that we continue to beg the Saudis to pump another half-million barrels a day on their soil and off their shores to ease global tight supplies, when we could pump much more than that in Alaska, off our coasts and on the continental shelf -- and thus save hundreds of billions of dollars.

Yet Sen. Obama's change probably wouldn't include more drilling; more nuclear power plants; or fuel extraction from tar sands, shale or coal. Instead, his strategy emphasizes more conservation; mass transit; and wind, solar and alternate green energy. All that is certainly wise and could be a winning combination by 2030, but right now it won't fill our tanks.

Yet forcing the affluent to pay even more won't necessarily reduce annual deficits of the last eight years or pay down the huge national debt -- not when Obama promises more vast entitlements in health care, education and housing and current aggregate federal revenues were increased by past tax cuts that spurred economic growth.

Sen. Obama promises a new style of politics that is issue-based, rather than attack-dog. But so far, he has campaigned in conventional fashion: He's tough on his opponents and as prone to overstatements and mischaracterizations as any other candidate.

The take-no-prisoners Moveon.org, which gave us the "General Betray Us" ads, is now an ally running third-party hit pieces on John McCain. Such outside help is customary in an election but seems inconsistent with Obama's disavowals of the hardball politics of the past.

Sen. Obama has promised a new dialogue on race and tolerance. His own impressive personal journey may make that possible. But his 20-year intimate relationship with the racist Rev. Jeremiah Wright suggests that for years he was heavily invested in the rather tired and predictable identity politics of grievance rather than a vocal advocate of novel racial transcendence.

Overall, Obama's announced policies are sounding pretty much the same old, same old once promised by candidates like George McGovern, Mike Dukakis, Walter Mondale, Al Gore and John Kerry. Of course, a return to the standard big-government nostrums of the past may well be what the angry voters want after 20 years of the Bushes and Clintons. But it is not a novel agenda, much less championed by a post-racial, post-political emissary.

So what are the Democrats thinking? That a mesmerizing, path-breaking African-American candidate -- coupled with Bush exhaustion -- will overcome past public skepticism of Northern presidential Democratic candidates, traditional liberal agendas and Obama's own relative lack of experience.

In other words, we should count on hope rather than change.