Veronique de Rugy
|
Posted: Aug 12, 2021 12:01 AM
Share   Tweet
The opinions expressed by columnists are their own and do not necessarily represent the views of Townhall.com. 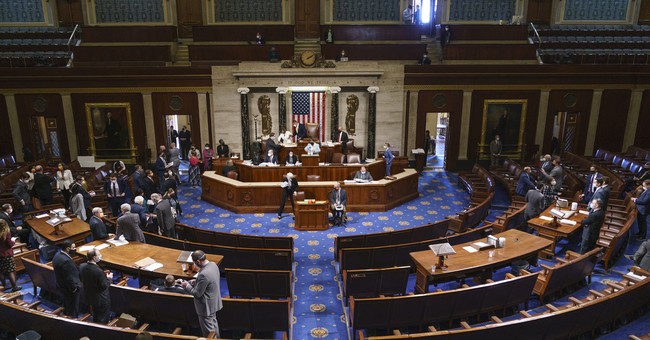 Warnings that state and local governments faced a fiscal calamity were predictably plentiful when it became clear in early 2020 that COVID-19 would cause major social and economic disruptions. Predictable because it has become gospel that the solution to an economic downturn is to have the federal government suck money out of the private sector, redistribute it to state and local governments minus a cut for all three levels of bureaucracy and then spend the remainder -- often wastefully -- according to political desires and special-interest dreams.

But the handful of heretics were ignored, and the Trump and Biden administrations teamed with Congress to allocate almost $1 trillion in combined federal aid to state and local governments on pandemic relief grounds. So, in addition to state and local politicians getting to spend more of their own constituents' money, they also get to spend more money from current and future taxpayers in the other 49 states -- an even sweeter deal from their perspective because it's all political gain and no political pain. Just ask embattled California Gov. Gavin Newsom, who is facing a recall election due to dissatisfaction with his handling of the pandemic and is using part of his state's unexpected bounty to send out $600 checks to voters.

What's extra-galling about the federal government's financial coddling of state politicians is that it rewarded governors for destroying their own economies and wreaking havoc on countless lives through haphazard lockdowns and other illogical pandemic policies. That nearly $1 trillion in federal aid to state and local governments doesn't include funds for the millions of people having their businesses and careers upended by these policies.

The governors shuttered the businesses, but in the form of the Paycheck Protection Program, federal taxpayers were put on the hook for another $800 billion to help those businesses survive -- not to mention hundreds of billions more for their unemployed workers. And one can only imagine the long-term taxpayer costs associated with peoples' physical health needs being put on hold, the increase in drug and alcohol abuse, the widespread mental health damage and the millions of children whose educational and social growth was stunted because of governors who cared more about self-serving teachers' unions.

Yet state dependency on federal largesse was a growing problem well before the pandemic. As originally designed, the federal government was to have responsibility for areas that were national in scope (e.g., common defense) with everything else left to the states (e.g., education, policing). But whereas federal aid to the states in 1940 was only $13 billion in today's dollars and "only" $239 billion in 2000, it's projected to be over $1 trillion for 2021 and to continue rising as the Biden administration and congressional Democrats aim to have the federal government finance yet a greater share of overall government spending.

That's kind of a big deal, and yet it seems like nobody cares -- perhaps because so few are even aware.