Be Careful What You Wish for on the Minimum Wage

Veronique de Rugy
|
Posted: Jan 24, 2019 12:01 AM
Share   Tweet
The opinions expressed by columnists are their own and do not necessarily represent the views of Townhall.com. 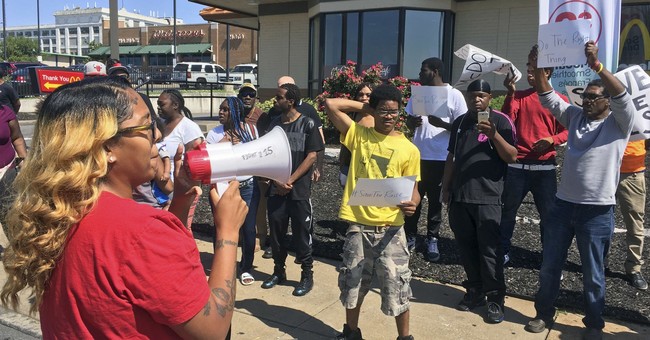 We have a saying in France that goes something like this: With enough "ifs," we could put Paris in a bottle. In other words, if you assume away all the difficulties of the real world, you can achieve miracles. This proverb was all I could think about when reading Ginia Bellafante's recent column in The New York Times about making the case for a $33 minimum wage in the Big Apple.

While in her estimation, the $15 minimum wage that went into effect in NYC on Jan. 1 is a step in the right direction, she argues that it's not enough if the goal is to enable a single parent with two school-age children there to meet his or her expenses. With that objective in mind, $33 an hour is necessary.

It certainly is an expensive city to live in, and some residents do endure difficult lives with little money to spend, though I'd like to point out that the notion of their financial hardships going away if only the government were to set a higher minimum wage is the equivalent of assuming away the laws of economics and the real world.

For example, when government raises the cost of employing workers, more workers will want jobs, but fewer will be employed. As George Mason University economist Donald J. Boudreaux reminds us, in a recent letter to The Times editor: "Wages ... do not depend on how much pay workers 'need'; wages depend on how much value workers produce. Government requirements that workers be paid an amount greater than the value of what they produce throw workers who cannot produce that amount of value out of work."

Many economic studies confirm the fact that while some employees will benefit from the mandated wage increase, many won't. Businesses respond predictably to price changes, including changes in the price of labor. They may not all respond with equal speed or magnitude, but over time you could expect a reaction to mandated higher wages. Some employees will lose their jobs to automation, while others will see their full-time job transformed into a part-time or temporary job. In spite of Bellafante's wishful thinking, this economic reality won't be suspended in the real world, especially if the minimum wage were suddenly more than double overnight.

It's important to understand that these distortions are the byproduct of government intervening to raise wages. The fact that mandated minimum wages are bad for some workers who will lose their jobs as a result doesn't mean that all wage increases are bad. In fact, when wages go up naturally as a result of economic growth, improved productivity and more competition between firms for workers, wage hikes don't come at the expense of other workers. That's why we can expect a sustained rise in wages resulting from a decrease in the corporate income tax rate -- a tax cut that increases capital investment and productivity, and then wages. How much they will grow over time is an empirical question.

An important issue often overlooked when talking about how to improve the lives of low-income Americans is the impact on their bottom line that a reduction in their cost of living would have. A straightforward way to achieve this goal is to get rid of misguided regulations and laws at the federal, state and local levels. In a 2015 report, my colleague Salim Furth (who at the time was a scholar at the Heritage Foundation) listed a few of the culprits, such as medical torts, occupational licensure regulations and auto dealership monopolies. At the local level, land use regulations, such as zoning laws and environmental review delays, have a serious and negative impact on the cost of housing. The additional cost they create for low-income Americans can be even more pronounced than any federal and state regulations.

The bottom line is that there are other ways to improve the lives of those living in NYC than to mandate a costly and crazy high minimum wage that's very unlikely to even deliver the expected increase in wages.

To be sure, market-driven wage hikes and regulatory reforms are harder to achieve than daydreaming about the government delivering higher wages without any negative consequences. As I said at the beginning, with enough "ifs," we could put Paris in a bottle.