Veronique de Rugy
|
Posted: Aug 02, 2018 12:01 AM
Share   Tweet
The opinions expressed by columnists are their own and do not necessarily represent the views of Townhall.com. 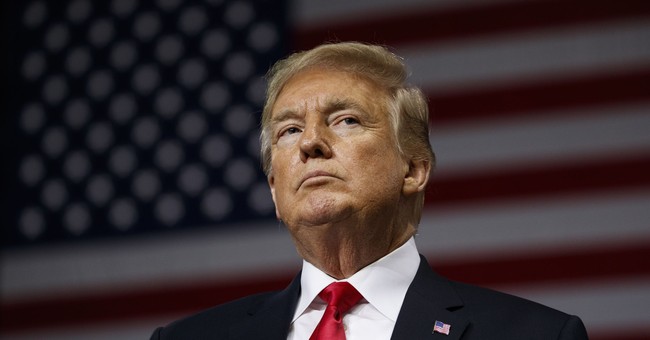 Republicans and President Trump are talking about tax reform 2.0. Unfortunately, it's futile without first having a real conversation about controlling spending. Indeed, the White House isn't just unserious about cutting spending; it's contributing to the problem. It's time for a broader approach.

Don't get me wrong. There are a few tax changes we should hope for. Some key provisions from the 2017 tax reform 1.0, particularly tax rate cuts for individuals, expire in 2025. Removing the uncertainty would be good. Ideally, we'd level the playing field for as many Americans as possible by getting rid of deductions for state and local income tax and mortgage interest, and then lighten their load by further cutting the corporate income tax rate and indexing capital gains to inflation.

While we're at it, why not implement large and flexible universal savings accounts? And in light of the administration's reckless trade behavior, what about subjecting an executive trade action that lowers the tax-reform 1.0 gains we receive to congressional approval?

Some of these tax reductions could be "paid for" by getting rid of tax carve-outs and other expenditures, which often distort how Americans spend money and benefit some of us far more than others. However, without serious spending restraint, any further tax reform -- even pro-growth reform -- is unsustainable in the long run.

Other signs are pointing to an acceleration of our fiscal problems. We have known for a while that Social Security is in trouble. The program has been running a permanent cash flow deficit since 2010. If Congress doesn't change the law that administers the program -- and considering how much debt we have already, that will be difficult -- benefits could fall by over 20 percent by 2034, harming the poorest Americans the most.

Meanwhile, Medicare and Medicaid spending continue their run to the sun. This administration and Congress, like their predecessors, continue ignoring the telltale signs of insolvency. Far from seeming concerned, the president just authorized $12 billion for American farmers in an attempt to alleviate the negative consequences of his own efforts to start a trade war. That follows many instances of Congress and the White House joining forces to jack up defense spending and non-defense spending, not to mention bursting the sequester spending caps.

Don't they understand that failing to keep spending in check while cutting taxes will inevitably result in the need for higher taxes down the road?

Arguments to ignore the problem abound: "We can't address our debt by cutting discretionary spending"; "Entitlements are the real problem, so who cares about budget caps?"; "No one wants to control spending, so let's focus on tax reform and grow the economy." No wonder we are in this fiscal mess.

Considering what Democrats have in mind for fiscal policy if they regain power, Republicans might want to get their house in order to protect the 2017 tax reforms. New York congressional candidate Alexandria Ocasio-Cortez, for instance, wants to raise the corporate tax rate from 21 to 28 percent, impose a carbon tax and put a "Buffett tax" in place to cover a ridiculously small percentage of the cost of "Medicare for All."

As economist Milton Friedman said, the real size of government is measured by how much the government spends, not by the taxes we pay. Most of us would like our taxes to be lower. But it's only a matter of time before a continued failure to control spending comes back to bite us where it hurts. Mark my words: The problems we fail to solve now will one day lead Republicans to accept a value added tax perched on top of our income and payroll taxes, a carbon tax and higher tax rates on all of us.