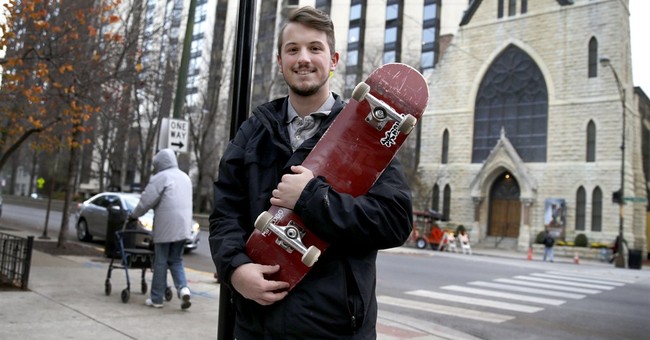 Throughout 2014, as news outlets consistently highlighted threats to religious freedom overseas, many Americans became increasingly aware of concerns surrounding religious freedom at home. Entering 2015, we have the opportunity to clarify our focus on this issue as we celebrate our First Freedom anew on January 16—Religious Freedom Day.

Last year, President Obama said of Religious Freedom Day: “America embraces people of all faiths and of no faith. We are Christians and Jews, Muslims and Hindus, Buddhists and Sikhs, atheists and agnostics. Our religious diversity enriches our cultural fabric and reminds us that what binds us as one is not the tenets of our faiths . . . . What makes us American is our adherence to shared ideals—freedom, equality, justice, and our right as a people to set our own course.”

This statement is elegant in style but anemic on substance. As it always has, America welcomes people of a variety of faiths. Of course, Americans have the freedom to believe what they want. Of course, the President accurately describes shared ideals. No one would disagree with these statements per se.

But what the President fails to recognize is that shared religious beliefs are the very fuel of our shared ideals. The latter does not simply spring-up apart from the former. Shared ideals need not be shared identically by all living in a culture, but their foundation is what gives them enduring strength and importance. President Obama fails to clearly explain what beliefs he would defend, or for whom he would go to bat when it comes to religious liberty.

The Green (Hobby Lobby) and the Hahn (Conestoga Wood) families have faced years of opposition from Obama Administration lawyers while fighting all the way to the Supreme Court merely to follow their consciences in their business operations. For them, it is understandable if the President’s statement that “America proudly stands with people of every nation who seek to think, believe, and practice their faiths as they choose” and “will remain committed to promoting religious freedom, both at home and across the globe” rings somewhat hollow. The Greens, the Hahns, and others who have faced the prospect of crippling fines and an intrusive government hostile to their religious beliefs can be excused for being more than a little skeptical of the President’s allegiance to his own definition of “religious freedom.”

The Religious Freedom Restoration Act (RFRA) protects families like the Greens and the Hahns. RFRA was supported during its passage by groups like the ACLU and by avidly liberal politicians like Ted Kennedy, Nancy Pelosi, Chuck Schumer and Jerry Nadler. It was passed unanimously by the U.S. House and 97-3 by the Senate and was signed into law by President Clinton. Yet this same measure, long regarded as critical to the protection of religious liberty, is now marginalized by the Obama Administration.

The administration’s opposition to religious freedom protections would be merely bizarre if they were not so alarming for the future of the country. Should such thinking—that robust religious expression is harmful to society—be widely adopted, future generations will inherit a United States sapped of every benefit which religious believers have left on it up to this moment—moral self-governance and its application in professional and public life; respect for the helpless and those whose lives are vulnerable; care for and stewardship of our resources and the pursuit of justice in light of our accountability to a higher authority. No American, regardless of their faith, should have to inherit a United States bereft of such benefits.

With Religious Freedom Day approaching, the Administration has the opportunity to dispel some of the American public’s mistrust of its handling of religious liberty issues. For example, President Obama can bring his actions into line with his professed beliefs by granting complete exemption from the HHS employer mandate to objecting religious organizations instead of hiding behind its so-called “accommodation,” or by taking serious action to broadly implement throughout the military the religious freedom protections contained in Section 533 of the FY 2013 NDAA and Section 532 of the FY 2014 NDAA.

If acting either in these or other areas is impossible for the President, then perhaps it’s time for him to just say what he really thinks about religion – that it is private and therapeutic, not morally defining or governing of personal and civic action. If nothing else, then at least Americans will know where they stand with their government—which has professed so much for their faith and yet is now protecting so little of it.