Travis Korson
|
Posted: Oct 01, 2019 12:37 PM
Share   Tweet
The opinions expressed by columnists are their own and do not necessarily represent the views of Townhall.com. 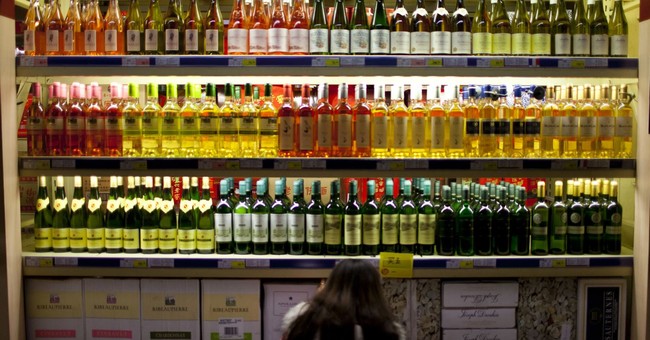 Last week, 12 free-market organizations sent a letter to the Trump administration expressing concern about one of the most egregious regulatory power grabs by a federal agency since the president’s 2017 inauguration.

The power grab is coming from the Alcohol and Tobacco Tax and Trade Bureau (TTB), an obscure but powerful agency that has a big role within the Treasury Department. In fact, the TTB is the third largest tax collector in the federal government after the Internal Revenue Service and Customs and Border Enforcement, collecting nearly $23 billion in revenue in 2017.

Included in TTB’s many responsibilities is approving and regulating alcohol labeling in the United States. As such, the bureau recently issued Notice No. 176 for consideration, a new regulation for “Modernization of the Labeling and Advertising Regulations for Wine, Distilled Spirits, and Malt Beverages.”

By issuing this rule the current TTB leadership team has signaled that they are refusing to give up the Obama regulatory status quo to comply with the Trump administration’s deregulatory mandates. Instead, it appears they are hoping to cloak their big-government agenda from Treasury Secretary Steve Mnuchin and the rest of the Trump administration with limited government talking points.

As the coalition letter to the president stated, “Although cloaking it as a deregulatory effort, No. 176 would add two and a half times the number of regulations governing the distilled spirits industry. This comes in stark violation to Executive Order 13771 that you signed on February 3, 2017, which directs all agencies to eliminate two regulations for each new one proposed. Given that Notice No. 176 has also been said to create hundreds of millions in new business costs, it also seemingly violates Executive Order 12866, which states that the OMB’s Office of Information and Regulatory Affairs must review any new significant regulatory action before it is formally proposed.”

The concerns about Notice No. 176 violating the law are strong enough to stand on their own; however they become even more concerning when you consider how the TTB has inconsistently applied its existing regulatory power.

Both consumer groups and conservative organizations contend that TTB operates under arbitrary and capricious regulatory standards. It is quite interesting though, that while the TTB rejects plenty of labels and has issued tens of thousands worth of fines for minor reasons, like the sizes of font/graphics on packaging, they had no problem approving a label that reads “F— Trump and His Stupid F—ing Wall.”

The bureaucrats operating TTB have also been known to second-guess their own work. Rather than back their certifications of label approvals (COLAs) in full, they reserve the right to re-review, disapprove, and issue more mandates for product labels. The looming, never-ending regulatory uncertainty threatens to destroy small business growth and confidence.

This uneven application of the law has resulted in rulings that have in effect, given certain companies a leg up over their competitors. Take JB Proof, a South Carolina company that makes alcohol-infused ice cream, for example. TTB threatened the artisanal ice cream company with criminal and monetary penalties if it didn’t classify its product as a beverage. As Peter Hong at Net Right Daily wrote, “the allegation seems odd – even ridiculous – on its face, given that the ice cream is neither sold nor packaged in a liquid form and therefore cannot constitute anything resembling a ‘beverage.’”

Oddly, however, the TTB did not apply this same draconian regulatory standard to Mercer’s Dairy, an Upstate New York wine-infused ice cream company. By allowing them to list their frozen treat as a food product while attempting to classify a similar product as a beverage, the TTB has inadvertently inserted government into the free market and is now dictating which enterprises are successful and which ones fail.

Although the TTB may operate with the best of intentions, these are textbook examples of what can happen when you provide unelected bureaucrats with so much authority and selective enforcement ability. Now the Agency is trying to reap more influence for themselves with Notice No. 176.

In a recent meeting with the Wall Street Journal editorial board Vice President Pence said that President Trump is “constantly telling agencies to bring freedom back to the marketplace.” The TTB is in need of reform, not more regulatory power and the Trump administration should act accordingly.