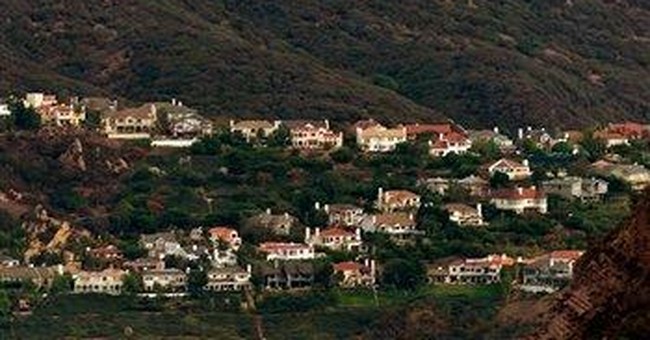 Editors' Note: Every month, Townhall Magazine highlights some of the outstanding blogs written by users in our community. The following is an entry from Steve at ReviesRamblings and appears in the March issue of Townhall Magazine.

The EPA is out of control—it has released a new proposal to tax greenhouse gases. Since greenhouse gases are all naturally produced, there would be some difficulty defining every gas source as one problem. Instead, they propose to tax agriculture for greenhouse emissions. For smaller animals like hogs, the tax would be $20 per year. For the largest animals, the tax would be over $100 per year. The Department of Agriculture, to its credit, came out with a statement that taxing family farms would cause undue hardship leading to failure; few family farms have financial room for additional taxes.

This tax on greenhouse gases would also include carbon-emitting vehicles, such as cars. This would be understandable if we were near the limit of CO2 in the air. However, plants can handle up to 6 percent carbon dioxide in the air; we are currently at .363 percent. Contrary to popular opinion, that level is not rising rapidly. It may be rising, but at a very low rate.

Since our new president has bought in to the global warming hoax, some increase in taxes is inevitable. The underlying purpose of the hoax is to increase the scope of government—of course Barack buys in.

The polar bear was recently listed as endangered because, the EPA claimed, the ice that makes up its habitat is disappearing. A fact that is getting in the way of this alarmism is that ice levels in some parts of the polar bear’s territory are at record highs. That fact will not stop the global warming nuts from using the listing to try and destroy the economy of the United States.

President Obama announced recently that he was going to increase employment in the United States by 3 million jobs, 600,000 of which would be in government. Don’t we already have enough government employees?

Putting Obama’s employment goal and greenhouse emissions into the same equation, some of those jobs would undoubtedly come in an agency whose sole purpose is to deal with global warming. If global warming does not exist, there would be no job opportunities

Unfortunately, we will be seeing more of this kind of thing over the next four years. Democrats are Big Government types, and Big Government types see the need for government everywhere. So grab hold of your wallet and get ready for a wild ride. Hopefully, they will outdo themselves with excess and the American people will get sick of fees and taxes on everything. Until then, we just have to grin and bear it. We can fight what we can, but Democrats are in the majority and we cannot stop everything.