The Clinton Motto: Contempt and Elitism 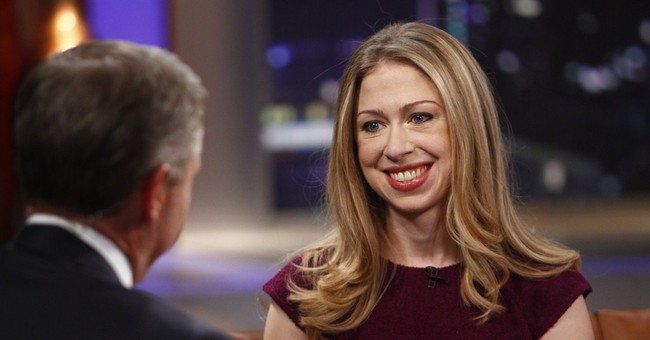 As the expression goes, "The apple doesn't fall far from the tree." When it comes to the Clinton Family the apple never fell, and all associations with the tree leave one contemptuous, elitist and complete incapable of relating to real human beings, real life and reality.

The associations can be wide reaching, like the entire Democrat party. Only the Democrats, who claim to champion women's rights, could think of former President Bill Clinton as a hero. President Clinton was a national embarrassment; he molested an intern in the Oval Office while on the taxpayer's dime.

Make no mistake, Clinton molested Monica Lewinsky. She may say it was consensual. She may believe it was consensual, and I may have no right to disagree with her assessment of what happened to her. But she was a child (she was 22 when Clinton molested her. Based on the new math that kids up till the age 26 can be on their parents' insurance, she was, in fact, a child.)

President Clinton was 51. He was the adult in the room. He chose to molest Lewinsky. He chose the easiest path to what he wanted. Like David Letterman, he didn't even have the decency to pay a professional. That's not someone who should be hailed as a hero. That's a criminal who should spend time in jail.

With former Secretary of State Hillary Clinton, contempt and elitism are the standard; the Clinton Family Motto. It was thought the zenith of her Clinton-tude were on full display during the Benghazi hearings when she - quite angrily, as if her child had died in Benghazi - lashed out, screeching, "What difference, at this point, does it make?"

But she reached new heights (depths?) when she spoke with Diane Sawyer about how tough life was after the White House:

"We came out of the White House not only dead broke, but in debt,” Clinton told Diane Sawyer in an interview with ABC News. “We had no money when we got there, and we struggled to, you know, piece together the resources for mortgages, for houses, for Chelsea’s education. You know, it was not easy.

That's not a typo. That's mortgages and houses. Plural.

Only the elitist thinks that line is connecting with Americans. Next, she'll be talking about conscious uncoupling, or how she was pinned down by gunfire in Bosnia. Oh...wait...

We've come to expect these things from Hillary and Bill, but it came as a surprise (though it shouldn't have) when Chelsea Clinton out-contempted and out-elited the two of them.

As reported by National Review:

In the latest Clinton money quote, the career first daughter pronounced in a Fast Company interview that she has “tried really hard to care about things that were very different from my parents. I was curious if I could care about [money] on some fundamental level, and I couldn’t. That wasn’t the metric of success that I wanted in my life.

Chelsea's entire adult life has been about and around money. Constant money. Floods of money. Tons of money. Her parents have earned over $100 million since they left office. Her husband, Marc Mezvinsky, is a successful investment banker and now has his own hedge fund.

Their wedding cost $3 million. They live in a $10 million apartment in Manhattan.

For her part-time work as the worst interviewer ever to exist on planet Earth (and that includes Bill Press AND Magic Johnson!) she earned $600,000. Some say earned, some say received an untraceable campaign contribution to her mother. Po-tay-toe, Po-tah-toe.

For Chelsea to claim that she doesn't care about money is not just a lie, it's part of the elitism and contempt that the Clintons, as a family, share. Contempt for the little people. Contempt for the truth. Contempt for honesty. And the belief that they are above it all; Specifically, things like money, decency and human life.

The only thing more embarrassing than the Clinton's are those who look up to them.

Are We Shocked That This Happened to Liz Cheney?
Matt Vespa
Gov. Hochul Declares Vaccines 'From God,' Wants People to Be Her 'Apostles' by Getting Jab
Leah Barkoukis
Shaq Does Not Want to be a Celebrity Anymore: 'These People are out of Their Freaking Mind'
Landon Mion
DeSantis Calls on Florida's Secretary of State to Investigate Facebook for 'Alleged Election Interference'
Landon Mion
Gov. Kemp Announces Federal Funds Will Be Used to Pay Georgia First Responders $1K Bonuses
Landon Mion
Shepard Smith Asks Dr. Rochelle Walinsky: 'Are Masks With Us For A Long Long Time? Years? Forever?'
Scott Morefield