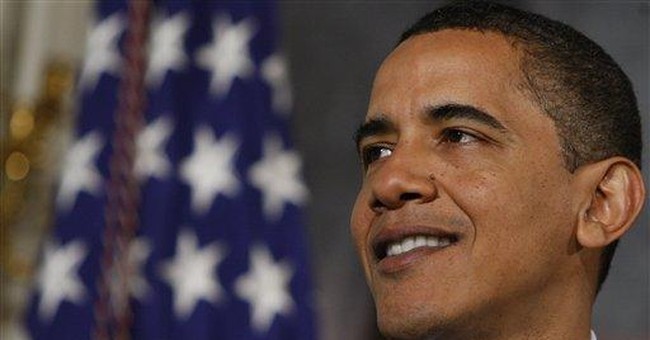 Last Sunday, the British newspaper The Times published an interview with Jordan's King Abdullah II, in which the maturing king demonstrated a deft touch in putting pressure both on the new prime minister of Israel, Benjamin Netanyahu, and on President Barack Obama.

The king's comments -- coming about two weeks after his Washington visit with our president, one day after his visit with the pope, and about one week before Prime Minster Netanyahu's Washington visit with Obama -- put heavy geopolitical pressure on Israel while simultaneously maximizing President Obama's personal stakes in the success or failure of this newest Israeli-Palestinian peace initiative:

"That is the tipping point that shakes up Israeli politicians and the Israeli public. … We are saying to the Israelis that this is an issue that is far bigger than you Israelis and the Palestinians. This is where I think the Obama administration gets it. I am very, very concerned about having a conference in six months' time and another one in a year's time. That doesn't work. …

"The critical juncture will be what comes out of the Obama-Netanyahu meeting. If there is procrastination by Israel on the two-state solution or there is no clear American vision for how this is going to play out in 2009, then all the tremendous credibility that Obama has worldwide and in this region will evaporate overnight if nothing comes out in May. All eyes will be looking to Washington in May. If there are no clear signals and no clear directives to all of us, then there will be a feeling that this is just another American government that is going to let us all down."

Note how shrewdly the king has tried to weight the scales for President Obama. Our president is in the middle of what he has described as one of his important personal policy objectives as president: to reach out to the Muslim world and rectify relations between it and the United States. To that end, he already has spoken on an international Arab television network and before the Turkish Parliament, and next month, he will go to Egypt for a major address to the Arab and Muslim people.

And now the king of Jordan, in surprisingly blunt language, has warned our president that if there is not a peace deal in 2009, "All the tremendous credibility that Obama has worldwide and in this region will evaporate overnight … (and) then there will be a feeling that this is just another American government that is going to let us all down."

I would argue that perhaps not since Woodrow Wilson sailed off to France in December 1918 to lead the post-World War I peace treaty negotiations in Versailles has an American president had more personal responsibility placed on his shoulders for a successful diplomatic engagement.

For the king of Jordan -- probably the least hostile to Israel of all the Arab states -- essentially to tell President Obama that if he doesn't extract a peace deal from Israel in the next six months, he will be seen by the Muslim world as no better than former President George W. Bush ("just another American government that is going to let us all down") is nothing if not a personal goad at the president.

In the coming weeks and months, President Obama would be well-advised to keep in mind what he himself wisely said during last year's campaign about a Middle East peace deal: "It's unrealistic to expect that a U.S. president alone can suddenly snap his fingers and bring about peace in this region."

But the pressure on him is mounting from all sides. Last weekend, Gen. James Jones, the president's national security adviser, told ABC News that "there are many expectations around the world … that we are at a moment where we can make progress" in the Middle East, providing America offers leadership. And the president's people have let it be known that he believes that his early worldwide popularity makes this a propitious time to seek a peace deal. He may well be right.

But the surest way not to gain one's objectives in a negotiation is to be eager and be seen to be eager for an agreement. The king's comments make it clear that the Arab negotiators are going to target what they think is the president's personal investment in getting a deal.

The president will need to marshal all his admirable coolness under pressure and remember that former President Ronald Reagan's most successful diplomatic negotiation was in Reykjavik, Iceland, where he walked away from a nuclear arms deal and from Mikhail Gorbachev -- and brought down an evil empire in the aftermath.