Tom Tradup
|
Posted: Oct 17, 2016 12:01 AM
Share   Tweet
The opinions expressed by columnists are their own and do not necessarily represent the views of Townhall.com. 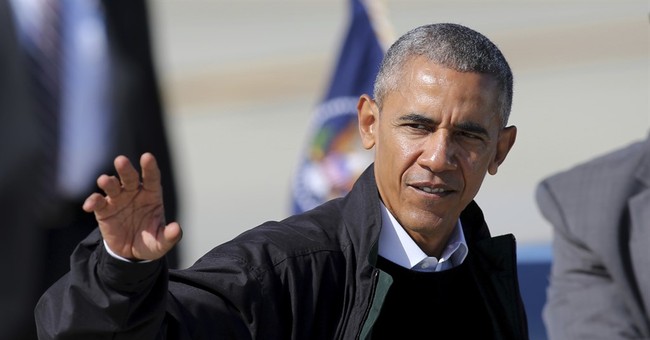 As the vice president of a national radio news network which serves over 1,700 radio stations nationwide, I—and my staff or anchors, correspondents and editors—take seriously our responsibility to keep any personal political beliefs out of the newscasts we produce. We operate on the apparently-antiquated premise that news organizations have a responsibility to be (wait for it) “fair and balanced” on issues and events we cover…including four 2016 Republican Presidential Debates in which we partnered with CNN.

Sadly, many of our colleagues in broadcast and print---led most egregiously by the Associated Press—have clearly adopted a different mission in the current presidential campaign: defeat Donald Trump first, worry about ethics or damage to our free press later.

Network TV personalities (who ride to work in limousines but adapt the personas of champions of the working class) are tapped as “moderators” by the Commission on Presidential Debates and have free reign to interrupt, badger or correct the candidates for the most powerful position in the Free World. But any casual observer can see that their toughest follow-ups and admonitions that “we have to move on to our next topic” are invariably aimed at you-know-who, not Mrs. Clinton whom the AP recently described in a news article as “the most famous working mother in America.” (Don’t hold your breath for any AP story to reference Donald Trump as the most famous working father…)

Echoing other mainstream media voices, MSNBC’s Joy Reid bemoans the tone of this campaign, saying that “parents are concerned at what’s coming out of their TV’s because their children are watching.” Apparently that, too, is laid at the feet of Donald Trump. No thought is given to MSNBC not running the obscenity-laden “Access Hollywood” tape 24/7 in the days before/after the Trump/Clinton debate at Washington University. Or making the radical proposal that parents actually control what their children watch on TV.

It is absurd to expect an American campaign for president to be conducted so it doesn’t frighten a toddler population whose primary concern is actually why there’s no little plastic straw attached to the juice boxes in their lunchbags.

“WE’LL HAVE TO AGREE TO DISAGREE”

The unchallenged fact that October has been Open Season on Donald Trump by the American news media is evidenced nowhere more obviously that by glancing through alleged “news” items distributed by The Associated Press. On October 15th, for example, AP writer Jill Colvin offered a textbook case.  Here’s her lead sentence, with bolding added by me:

PORTSMOUTH, N.H. (AP) — A beleaguered Donald Trump sought to undermine the legitimacy of the U.S. presidential election on Saturday, pressing unsubstantiated claims the contest is rigged against him, vowing anew to jail Hillary Clinton if he's elected and throwing in a baseless insinuation his rival was on drugs in the last debate.

As an Associated Press subscriber, I have forwarded many examples of opinion-laden wordsmithing like Colvin’s to AP management in New York and Washington. Invariably, I receive a courteous brushoff by folks like AP’s Executive Editor Kathleen Carroll with suggestions that “I guess we are going to have to agree to disagree.” (?)   Yet the slanted articles continue to be written and distributed unabated to newspapers and broadcast clients nationwide and around the world.

Considering the above examples,  it was all-the-more astonishing to hear President Obama lashing out last week in a Pittsburgh speech about citizens needing to “sift through lies and distortions” in the media. The President looked back fondly to the days before Talk Radio or blogging or Social Media when just three networks delivered what he called “fact-based news” that people trusted.

Mr. Obama—as the hourglass runs out on his time in the White House—added these chilling suggestions: "We are going to have to rebuild within this wild-wild-west-of-information flow some sort of curating function that people agree to, ……. There has to be, I think, some sort of way in which we can sort through information that passes some basic truthiness tests and those that we have to discard, because they just don't have any basis in anything that's actually happening in the world.”

One can only speculate as to what Mr. Obama’s proposed “curating function” for news could accomplish which the Associated Press is not already doing. But let’s take a wild guess and say it would start by bringing back the discredited  “Fairness Doctrine” to muzzle Talk Radio. And as Mr. Obama’s curators “sort through” the news we will receive, there likely will be—as he so casually puts it—things that must be “discarded” such as debates over so-called “climate change” or immigration policy or whether people of faith will be allowed to speak out in their churches on issues which concern them.

But the question our outgoing President obviously has not “curated” himself is: Will he be as enthusiastic about creating a government board to review what news the American people receive if it occurs under President Donald Trump?

Tom Tradup is V.P./News & Talk Programming at Dallas-based Salem Radio Network. He can be reached at ttradup@srnradio.com