A Comatose Man Wakes to the 2016 Election

Tom Purcell
|
Posted: Aug 09, 2016 7:00 PM
Share   Tweet
The opinions expressed by columnists are their own and do not necessarily represent the views of Townhall.com. 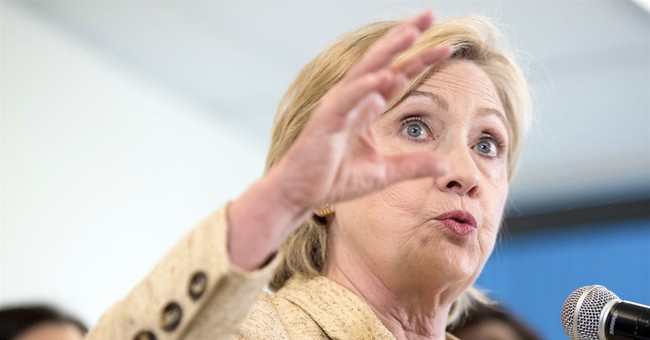 "Where am I?" asked the man from his hospital bed.

"It surely is," said the doctor. "What is the last thing you can remember?"

"Well, a lot has changed since then," said the doctor. "For the sake of your health, it's best that we ease you into the events of 2016 slowly."

"That is awesome," said the patient. "I am so proud my country made such progress while I slept. Has President Obama got our country more unified than ever?"

"He's unified half of the country," said the doctor. "The other half, not so much."

"Who's running for president this year?"

"Holy cow, that is amazing," said the patient. "Before I went into a coma, women had to marry successful men to be successful themselves. Hillary Clinton is a woman who rose to her station through her own accomplishments and her own name recognition?"

"It's best I answer that question when you are a little stronger," said the doctor.

"With all the progress that has been accomplished during my coma, have the Republicans nominated a female presidential candidate, too?" asked the patient.

"Donald Trump, the junk-bond casino developer, who used to boast about his wealth on Oprah?"

"The one and only," said the doctor.

"But if America is so unified and has moved forward so much during my slumber, why would Americans want someone like Trump to be president?"

"Oh, where to start?" said the doctor. "Look, I'm sorry to say, but the country is suffering severe disunity at the moment. The economy is stagnant, entitlement costs are about to sore and our country has more than $20 trillion in debt."

"Did you say trillion with a 'T'?" asked the patient.

"Regrettably," said the doctor. "Many people are struggling to find work. Others worry about the country their children and grandchildren will inherit. Others have the sense that nobody is in charge of the country, that we are in an era of irreversible decline, both economically and morally. This paves the way for a populist, such as Trump, who is able to connect with common folks and convince them he is on their side."

"If Trump is a common man, I'll eat my own head," said the patient. "What else awaits me outside the hospital doors?"

"Well, terrorism is on the ascent, as radical fundamentalist religious sects wreak havoc in the Middle East, across Europe and even here in America," said the doctor. "At home, there is growing racial discord that is making everyone sad. There is a sense among many that on the large issues of our time, we are headed backward rather than forward."

"Let me get this right," said the patient. "Despite all the progress America made while I was under, the economy is a mess, global stability is faltering, the country is woefully divided and a junk-bond casino king might ride populism all the way to the White House?"

"That's right," said the doctor. "Any other questions or requests?"

"Just one," said the patient. "Induce me back into a coma!"