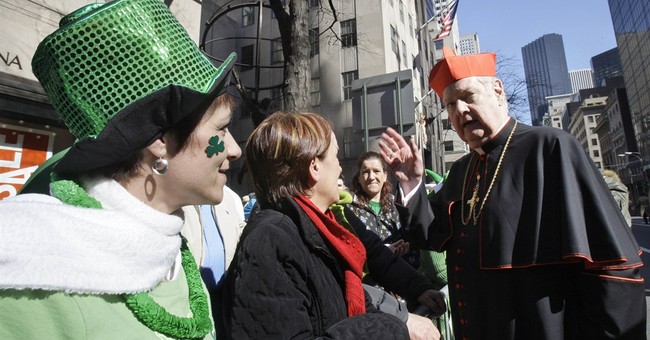 St. Patrick's Day celebrations are getting a wee bit out of hand.

St. Patrick's Day occurs every year on March 17, the date when St. Patrick, the patron saint of Ireland, died in 461 A.D.

According to The History Channel, St. Patrick was born in Britain in 385 A.D. to a well-to-do family. Captured by Irish marauders when he was 16, he worked as a herder in Ireland for six years before escaping and returning home.

In his book "Confessio," he describes a dream in which he was called to serve the Irish people. After 15 years of study, he was ordained a Catholic bishop. He returned to Ireland in 433, devoting the rest of his life to building churches, preaching and caring for the Irish people.

For about 1,500 years, St. Patrick's Day has been celebrated as a religious holiday. The Irish attended church in the morning and enjoyed modest gatherings with friends and family in the afternoon. They didn't begin hosting St. Patrick's Day parades until 1995.

The very first St. Patrick's Day parade occurred in America, not Ireland. That happened in 1762, when Irish soldiers, serving in the English military, marched through New York City.

"As the years went on, the parades became a show of unity and strength for persecuted Irish-American immigrants," says The History Channel.

The parades grew in size and statute as millions of Irish flocked to America. During the potato famine of the 1840s, the Irish came to America to work in mills and coal mines and along rails and waterways. If you follow the waterways and rail lines, you'll find the many places where the Irish settled.

Today, one in four Americans can trace his or her heritage back to the rolling green hills of Ireland. Irish culture has had a tremendous impact on America.

According to author Bob Callahan, in a Salon article, pub life was an Irish-Catholic tradition. The melodies of the Irish fiddle were blended with the rhythms of African music to give birth to today's popular music. (And until you have heard Celtic Woman, an all-female Irish ensemble, perform "Amazing Grace," you will never fully comprehend the meaning of the word beautiful.)

He says the mischievousness of the Irish spirit has had a great influence on American culture - that the "hard-boiled, darkly humorous, racetrack bitten" language of the Irish was the precursor to "brilliant, wisecracking Irish-Americans," who were precursors to the gregarious American spirit we enjoy today.

To be sure, there are many Irish contributions for Americans to celebrate and revere every St. Patrick's Day. But, as I said, some of our celebrations are getting a wee bit out of hand.

I speak of the goofy leprechaun hats and the gaudy green buttons and scarves that mock and caricature, rather than celebrate, our Irish heritage.

I speak of the T-shirts the big store chains sell by the boatload: "I'm so Irish, I sweat alcohol;" "So this Irishman walks out of a bar - no, really, it can happen;" "Kiss me - I'm Irish, drunk or both."

I speak of the copious amounts of alcohol that leave some parade goers drunk and passed out in alleyways well before lunch is on the menu.

Hey, if anyone enjoys some self-deprecating humor, it's the Irish. But aren't these activities getting a wee bit out of hand? Aye!

On that serious note, I leave you with some St. Patrick's Day humor: