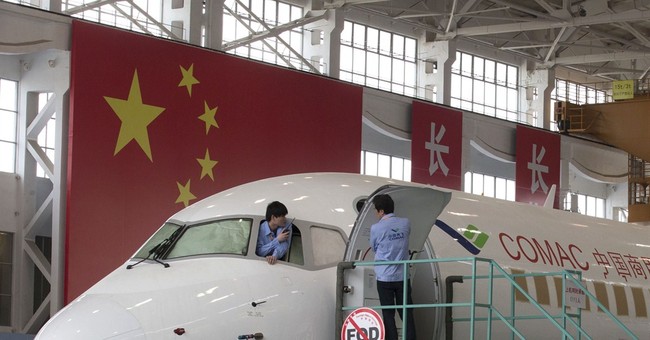 Sheesh, China, you sure know how to kick a country when it's on its way down.

I speak of recent reports that your state-sponsored computer whizzes have allegedly been using their skills to steal intellectual property from American businesses.

I admit that I am envious of your pluck — how you're so full of pep and vinegar in your desire to compete and grow.

Sure, we were never communists at heart like you. We believed in freedom. We believed government should mostly stay out of our way so that individuals could freely pursue life, liberty and happiness.

Our approach worked mighty well. We were always blessed with natural resources, which we exploited mightily in our early years.

We were blessed with millions of proud immigrants who came to our country to improve their lot and give their children educational and professional opportunities that they never had.

We have had many ups and downs — recessions and a depression and such — but, for the most part, we enjoyed one heck of a run. We have been the world's largest economy since the late 19th century.

We are flattered, then, that you see such value in our methods and ideas that you are allegedly stealing them.

Though industrial espionage has been around a long time, the fact is that the Internet has opened up unprecedented opportunities for skilled adversaries to penetrate company systems and hide in the background undetected, so they can swipe all kinds of proprietary information.

As I said, China, I admire your pluck — but are you sure you want to go to all this trouble to spy on us?

First of all, if American companies invent a new product, they're probably going to hire people in your country to build it for them — what with energy costs, health-care mandates and rules and regulations being so burdensome in our country.

Secondly, China, you're second only to the U.S. in patent filings — and growing fast. Our young people would rather become personal injury lawyers than engineers. It's just a matter of time before your engineers overtake ours in new ideas.

Besides, your economy is poised to overtake ours in size by the early 2020s and possibly sooner, reports the World Bank.

I don't know if you noticed, China, but our people have taken the wealth and good fortune they have inherited for granted. They just assume it will always be there. They don't know the first thing about sustaining it for future generations.

In fact, our country is hellbent on robbing wealth from future generations. We are spending far more than we are taking in and borrowing the rest from you. Sure, it's an unsustainable path, but many Americans are oblivious (we aren't much good at math anymore, but we are No. 1 in self-esteem).

What I'm saying, China, is that you better watch your back. The way things are going, you will soon be No. 1.

While our young people are moaning about their rights and entitlements, your young people will be innovating all the new ideas — and our government will be trying to steal them.

How about we offer you a little deal? You give us $2 trillion to cover our overspending for the next two or three years and we'll give you unfettered access to our intellectual property now.

What do you say, China?

I figured. You sure know how to kick a country when it's on its way down.