Under Biden, Democrats Are in Disarray

Tommy Hicks  |  Oct 14, 2021
The opinions expressed by columnists are their own and do not necessarily represent the views of Townhall.com.
Top Columns
Trending on Townhall Media 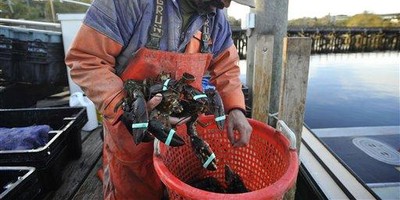 In 2020, Joe Biden campaigned on a singular premise: that Donald Trump was too reckless to be president, and that he was the one who could restore responsible governance. As others put it, with Biden and Democrats at the helm, the “adults would be back in charge.” Nine months in, we now know what a spectacular ruse that all was.

Biden’s failed leadership has created chaos across the board. And with his domestic agenda now in jeopardy, Biden has resorted to the same dishonest, self-serving tactics you would expect from a half-century career politician. For evidence, look no further than the reckless $3.5 trillion tax-and-spending spree Biden wants to go on.

Biden insists his unpopular plan costs nothing because we are the ones paying for it. His advisers repeat those same outrageous claims. That’s not telling the truth like Biden promised. It’s a flat-out lie, and one that insults voters’ intelligence.

Even some of Biden’s fellow Democrats aren’t falling for it. Many of them are wary of signing their political death warrant by signing onto the Bernie/Biden socialist economic proposal that would raise taxes on almost all Americans and drive up prices even further. That Biden had to make a Friday trip to Capitol Hill to ask Speaker Pelosi to delay voting on an infrastructure package only underscores that under his watch, Democrats are in a complete state of disarray.

It’s little wonder Biden is feeling the heat. His poll numbers are plummeting thanks to the compounding crises Biden’s failed leadership has created.

Violent crime continues to rise as Democrats continue to beat the dangerous Defund the Police drum. The situation at the southern border has deteriorated into a full-blown humanitarian crisis that shows no signs of abating.

Biden’s radical left-wing policies have also squandered the economic recovery he inherited from President Trump and Republicans. Biden’s economic illiteracy was on full display when he forced small businesses to compete against big government by continuing federal subsidies that pay people not to work.

Fortunately, Republican governors had the wisdom to end this benefit that discouraged work and has led to a staggering increase in ‘Help Wanted’ signs. The results speak for themselves: 16 of the top 20 states with the lowest unemployment rates are run by Republican governors.

It comes as no surprise that Biden has adopted Bernie Sanders and AOC’s economic agenda. Remember, in an attempt to appease the far-left, one of Biden’s first moves as president was to kill the Keystone Pipeline. That oil prices just hit a new seven-year high shows Biden’s anti-American energy agenda is working out exactly as he intended.

Biden’s botched Afghanistan exit will go down as one of the worst foreign policy blunders at the hands of a U.S. president in history – despite Biden’s outlandish claims to the contrary.  Biden didn’t even bother to let our Afghan counterparts know the exact time we were abandoning Bagram Air Force Base in the middle of the night, showing he is not the steady foreign policy hand the media tries to portray him as.

Even worse than Biden’s incompetence on Afghanistan is his dishonesty.

We now know Biden lied about the military advice he received ahead of his disastrous withdrawal. That dishonesty does a grave disservice to the friends and families of our fallen heroes who lost their lives in Afghanistan.

We're a little more than one year from the 2022 midterms, and many Americans are having buyer’s remorse about giving Biden and Democrats complete control in Washington, DC. Joe Biden and Democrats’ wholesale failures up to this point are reminiscent of the Will Rogers quote that “there are men running governments who shouldn't be allowed to play with matches.”