Todd Starnes
|
Posted: Feb 28, 2017 3:50 PM
Share   Tweet
The opinions expressed by columnists are their own and do not necessarily represent the views of Townhall.com. 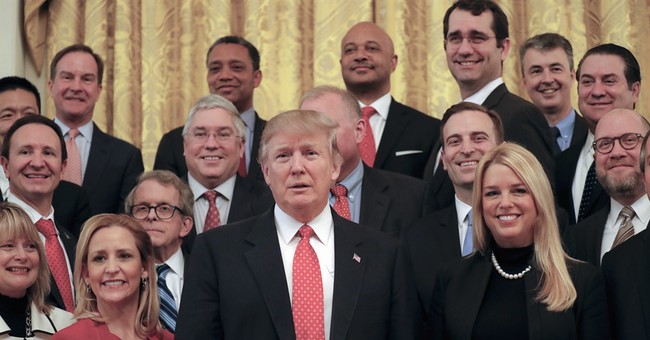 President Trump will address a joint session of Congress later tonight – but Democrats won’t be rolling out the red carpet.

The Washington Post reports that some Democrats may refuse to shake the president’s hand as he enters the House chamber.

This is the actual headline: "Democrats' dilemma: To shake or not to shake President Trump's hand."

It's not Congress, folks. It's grade school.

It’s not the first time the opposition party has disrespected the president. More than a third of congressional Democrats boycotted his inauguration. And an alarming number refuse to even acknowledge that he won the 2016 presidential election.

But tonight’s stunt may very well define the Party of Obama for who they really are: petty, vindictive and downright inhospitable.

And I would expect nothing less from a bunch of liberals who have gone out of their way to try and delegitimize a duly elected president.

Democrats are clearly lacking in the social graces necessary for a civil society.

But just in case one or two Democrats extend their hand and say howdy-do – the president might want to bring along some hand sanitizer – or a wet wipe.

Heaven forbid the leader of the free world gets a case of the cooties.

Click here for a free subscription to Todd's newsletter: a must-read for conservatives!